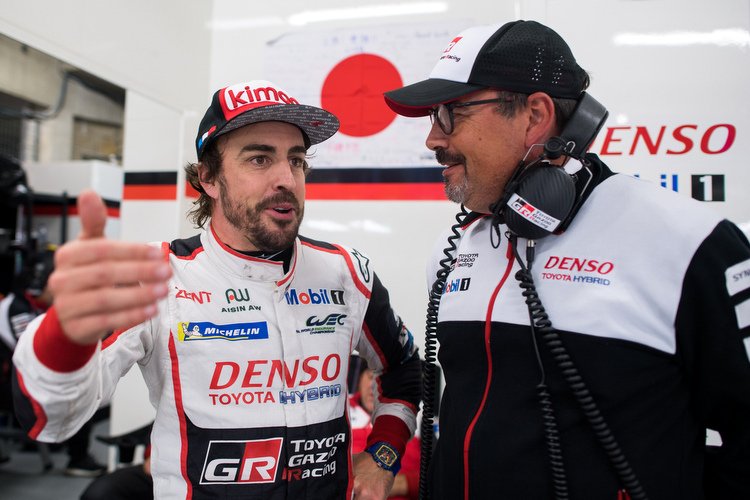 Fernando Alonso has a big decision to make in the aftermath of winning the Le Mans 24 Hours on his debut with Toyota Gazoo Racing, and it could lead him to America and away from Formula 1.

The Spaniard, a double Monaco Grand Prix winner and two times F1 world champion, is aiming for the ‘Triple Crown of Motorsport’, and the Indianapolis 500 is now the only box remaining to be ticked.

Alonso led Indy last year before retiring with an engine failure and he knows, with his 37th birthday at the end of July, that time is not on his side.

Another crack at ‘The Greatest Spectacle in Racing’ next year might not mean leaving McLaren, who are mulling an entry of their own.

It could conceivably involve another season in which he skips the Monaco Grand Prix that clashes with Indianapolis, as he did in 2017, but that might not be the preferred option for either side.

McLaren have Formula 2 championship points leader Lando Norris ready and waiting in reserve but will be reluctant to lose a driver who brings something special to the party wherever he is racing.

Alonso said on Sunday he remained committed to the full endurance championship with Toyota through to next June, with the current ‘super season’ featuring two editions of Le Mans.

“I didn’t join just for the Le Mans experience, I joined the Super Season because I want to fight for the world championship,” he told reporters at the Sarthe circuit.

The Spaniard celebrated his 300th F1 grand prix this month but has not won since he was at Ferrari five years ago. His recent comments about the sport have been ambivalent, critical of the current rules but also still fiercely competitive.

“I think the biggest thing for me is to think about the direction Formula 1 is going,” he said recently about his future.

“I don’t think too much about how competitive we will be next year as it is impossible to predict: It is just about the sport.”

On Sunday he showed just what kind of a racer he is.

“I would not predict that he stops in F1, but he’ll definitely be back at the Indy 500. Maybe he’ll do a full season,” added the Le Mans legend.