Di Resta: I’ve got to apologise for making a costly error 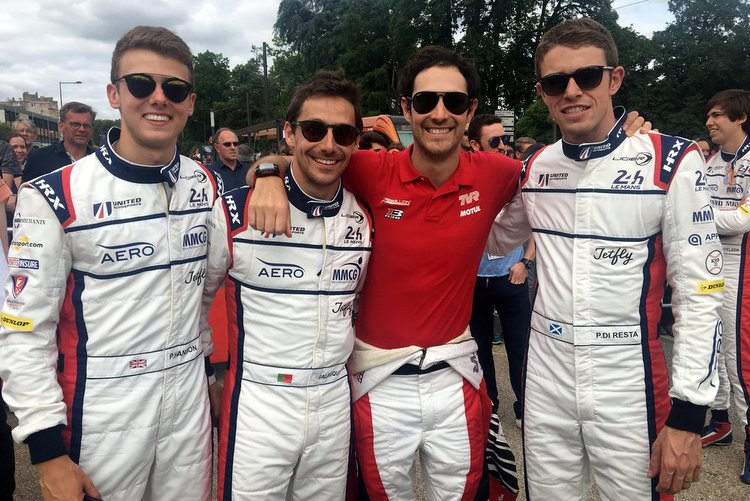 Very much under the radar compared to Fernando Alonso, former F1 driver Paul di Resta made his debut at this weekend Le Mans 24 Hours, but the Scottish driver’s debut ended in disappointment when he crashed heavily with four hours to the finish.

Sharing the #22 United Ligier JS P217 with Filipe Albuquerque and Phil Hanson, Di Resta crashed at the high-speed Porsche Curves, slamming the wall thankfully emerging from the wreck unscathed but he was sent for mandatory checks at the hospital. It was a big impact.

Di Resta told reporters after the incident, “Massive apologies to the team. They busted their asses and balls all night to try and make up what we had with the [GPS sensor] issue in the first hour.”

“We were on the edge all the way, but I’ve got to apologise for making a costly error that’s ended our chances. It looked like we could have been on the podium, but you can always say what could have been.

“We had decent pace when we had been pushing, we had to be aggressive. For someone like it’s going to take a few days to get over, because it hurts when you let people down.”

Di Resta was quick to put up his hand and take the blame, refusing to seek excuses, “I was struggling a bit, because as soon as I left the pits the safety car came out, just never really got up to temperature.”

“I’m not going to put it down to excuses, because I’ve more than enough experience under circumstances like that. It’s just a law of averages, sometimes you blow it and I blew it today.”

“We were closing in on a podium and he just had a snap oversteer moment, corrected the first time but couldn’t quite save the second. As he said he feels fine, but his ego’s a bit bruised.”