Nadal gets Le Mans started with Buemi leading from pole 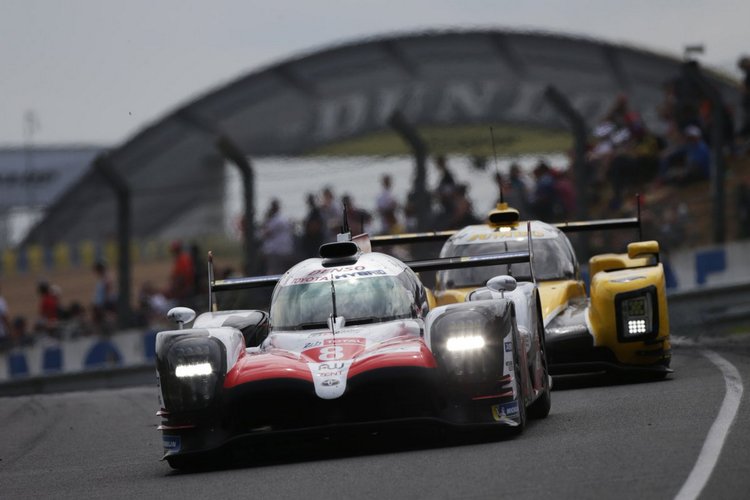 The Spanish grand slam great, Alonso’s compatriot, was making his first visit to the Sarthe circuit as official starter after winning at Roland Garros for a record 11th time last weekend.

“The energy of this place is just fantastic,” he told nine-times Le Mans winner Tom Kristensen in a trackside interview for Eurosport television before asking the drivers to start their engines. “I am experiencing something completely different.”

Alonso is making his Le Mans debut in a car shared with Buemi and Japan’s Kazuki Nakajima, who secured pole on Thursday night.

Buemi pitted from the lead after the first half hour, with British driver Mike Conway taking over at the front in the sister number seven TS050 hybrid car.

Alonso, the double Formula One champion who is doing both the full grand prix season for McLaren and World Endurance with Toyota, is the talk of Le Mans as he bids to become the second man after late Briton Graham Hill to win the ‘Triple Crown of Motorsport’.

To achieve the feat, the 36-year-old needs to win Le Mans and the Indianapolis 500, which he led last year before an engine failure, having already won the Monaco Grand Prix twice as well as the F1 title.

The Triple Crown was originally conceived as the F1 title, Le Mans and Indianapolis but Monaco has latterly replaced that as the three top motor races.

Colombian Juan Pablo Montoya has already completed two of the three legs — Monaco and Indianapolis — and is also racing at Le Mans but in a second tier LMP2 car that can only win in exceptional circumstances.

Toyota are overwhelming favourites, as the only major manufacturer competing after champions Porsche quit last year, but nothing can be taken for granted in a race that has been cruel to them in the past.