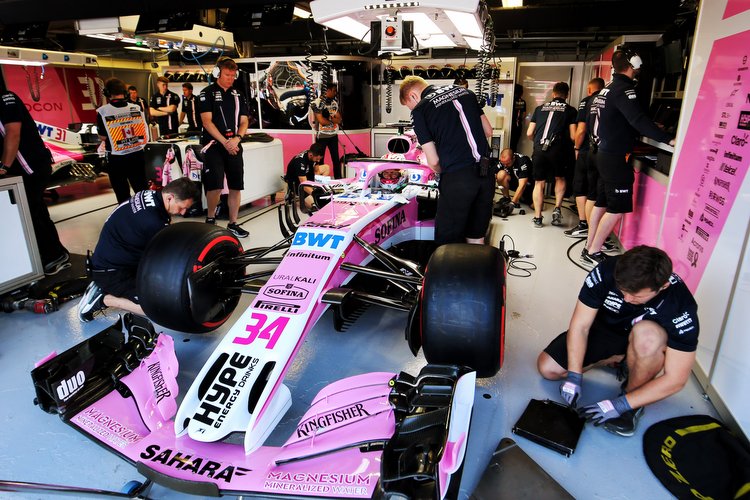 Force India’s slow start to the Formula 1 season can partly be blamed on rivals blocking the cash advances that have helped the team through the winter in the past, according to chief operating officer Otmar Szafnauer.

The Silverstone-based team have finished fourth for the past two years but took only a point from the season’s first three races before Mexican Sergio Perez finished a lucky third in Azerbaijan.

Currently sixth, they are co-owned by one-time billionaire Vijay Mallya whom India is seeking to extradite to face charges of fraud and who remains team principal despite recently stepping down as a director.

Cashflow has been a problem in the past for the team, whose budget consists mainly of sponsorship revenues and performance-related prize money.

“It’s no secret we asked for a bit of money up front (from F1 owners Liberty Media) so that gets us through the winter,” Szafnauer told Reuters at an event organised by the team’s digital partner Orange Bus.

“This year, that money wasn’t forthcoming because I think some of the teams said ‘You can’t do that’ and blocked it,” added the American.

“So that… put a bit of a financial strain on us over the winter, if you don’t have the cash flow. But now we’re past the winter months it should be easier for us.”

Informed Formula One sources told Reuters, however, that the commercial rights holder had been helping Force India with cash flow and indicated the teams collectively had not been involved in that process.

“If you have 10 million extra in November or December, then you can build the car parts. If you don’t, you can’t,” Szafnauer said of the squeeze.

“We didn’t have a lot of spares (in testing),” he added. “So we couldn’t push the car, you couldn’t go off, you make sure you didn’t hit anything, the car wasn’t to the latest (specification).”

Szafnauer said the situation could now work to Force India’s advantage, however, and fourth overall remained an achievable target.

“The nice thing is that the 10 million advance we used to always get, that used to come off at one million every month, that’s not happening now. So we’re better off,” he said.

Some media reports have suggested a sale of the team is imminent, given Mallya’s legal problems, with energy drink brand Rich Energy prominent.

That may be wide of the mark, however, even if the team are clearly open to offers.

“I’m sure there was an approach, because we asked Vijay, but he keeps playing down the level that it’s at,” said Szafnauer, emphasising there had been no contact between Rich Energy and team management.

Austrian water company BWT, the team’s biggest sponsor, have also been talked of as potential buyers, and Szafnauer conceded that a team name change mooted pre-season was linked to that possibility.

“I think they’ve had discussions with Vijay too, but I don’t think that’s gone anywhere,” he said.

Szafnauer said Mallya’s leaving the board made no difference to the running of the team.

“From day-to-day, Vijay didn’t do anything anyway. That’s not a derogatory thing, it’s a factual thing,” he said. “We run it like we think we need to run it, and it’s rare that Vijay interfered. So stepping down as a director I see as having zero impact on how we run the team.”

Szafnauer said Force India would represent good value to any potential purchaser, “You can buy a team that’s capable of finishing fourth and being on the podium but spend the least, So if you’re coming into Formula 1 and you want to own a team, who do you look at first?”