Button: I’m much happier as a person now 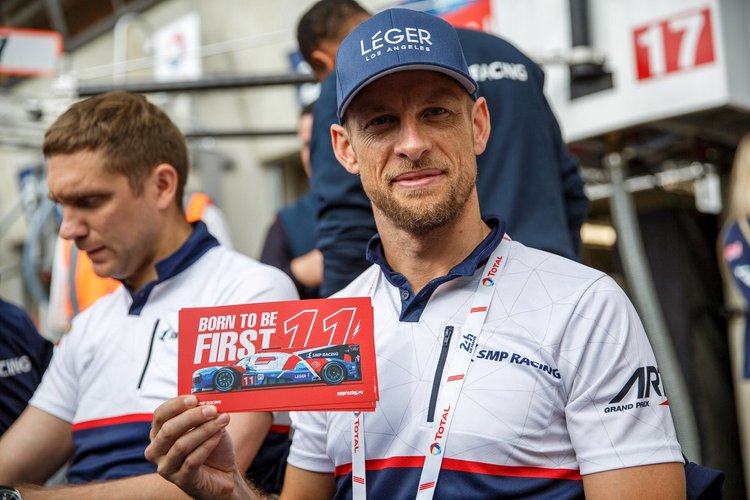 Jenson Button’s last few seasons in Formula 1, his swansong for McLaren at last year’s Monaco Grand Prix was a sad finale to a grand career, now a year since then the 2009 World Champion has found happiness in his racing and his personal life.

The 38-year-old, who recently announced his engagement to model Brittany Ward, races in the Super GT in Japan and has a deal to race with SMP Racing in the WEC Super Season starting at this weekend’s Le Mans 24 Hours.

Asked in an interview by ESPN how life has been since his Monaco escapade last year, Button replied, “It’s been awesome. I’ve definitely done my years in F1 and stepping away was great, it was a good time for me to do it. Realistically, if I’d had the choice, I would have left half-way through [2016].

“I’m much happier as a person now, life is great, and I’m racing things I’ve always wanted to race in.”

Speaking about his WEC programme, Button revealed, “It’s a shame I couldn’t more testing, four hours around Magny-Cours doesn’t really get you ready for Le Mans, but it was good to get used to the switches and things like that. I’ve learned everything about the car here, really.”

“Le Mans is something I also wanted to do but I didn’t want to wait until I was 40 to do it. Who knows what’s going to happen in two years, you’ll have manufacturers involved and have more of a hypercar base, is what they are saying.”

“They won’t be as quick as these cars so it’s nice to get into these monsters to drive round in. Doing anything around here in under three minutes twenty [seconds] is just madness. So that’s very exciting.”

Asked to compare the LMP1 to the Super GT he currently drives in Japan, “It’s completely the opposite of what I thought. I thought I would have a lot of power and not a lot of grip in the high-speed, especially compared to the Super GT I’m used to in Japan. But it felt like it had very low power and very good grip in high-speed corners.”

“I know it’s not – we’re doing 338km/h on the straights, which is not slow, but the downforce the car produces here is very impressive here in high-speed corners,” added Button who is teamed up with former Renault F1 driver Vitaly Petrov and Mikhail Aleshin in the #11 SMP Racing BR Engineering BR1, they will start from seventh on the grid.