Marko: For Max all these stupid critics are stopping 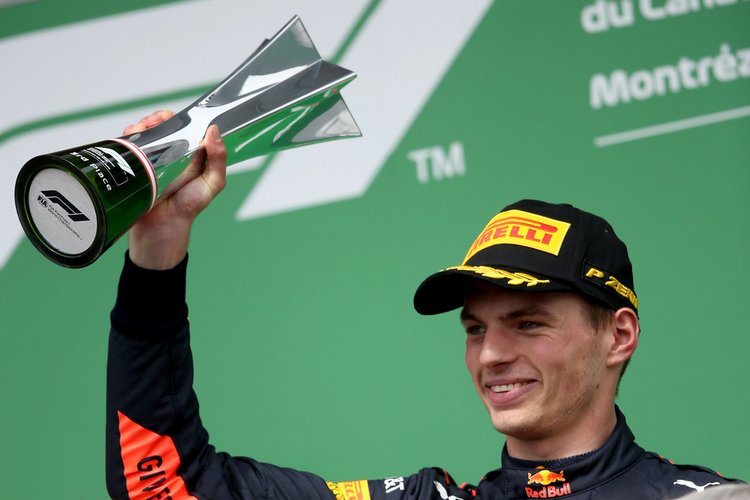 There was a collective sigh of relief in the Red Bull pit garage in Montreal after their drivers Max Verstappen and Daniel Ricciardo crossed the line to finish third and fourth at the Canadian Grand Prix.

Verstappen, in particular, survived an incident-free weekend for a change and scored his second podium in the process.

Speaking to Motorsport Network, team consultant Helmut Marko summed up the sentiment, “Generally for the whole team it’s a real relief to have both cars in the finish. One podium, one fourth. And also, for Max, all these stupid critics are stopping.”

“He did the best time in practice three times, he qualified third, and he didn’t do anything wrong, not one little bit of damage, not even a rim.”

“So that’s what we expect from him, and I’m sure there will come more races like that. He delivered, so I think he gave the right answer.”

“You saw the speed, [Daniel] Ricciardo set the fastest lap on the last lap [which was later removed because of the chequered flag confusion], and Max was catching dramatically on Bottas, so maybe we should have attacked a little bit earlier,” mused Marko.

Team chief Christian Horner, who suggested to Verstappen after his FP3 crash in Monaco to keep an eye on his teammate Ricciardo who could provide the youngster guidance, echoed Marko’s opinion, “He did a super job.”

“He’s such an exciting talent. In any sport, you see sportsmen have periods where things don’t go quite as well as others. That’s been very public for him. Hopefully, his luck is about to change. This was a fantastic performance from him all weekend.”

Much has been made of Verstappen ditching his entourage for the weekend in Montreal, Horner acknowledged, “His approach here has been slightly different, he’s been here on his own. It’s the first race I think he’s done on his own. It’s something different.”

“Whether it contributed anyway is impossible to say. He is still evolving and maturing as a driver as he gains more experience. It was something that was discussed with him. It is something that will be between him and his team.”

“He had a clean weekend this weekend. I’m sure it’ll give him a bunch of confidence heading into the next batch of races,” added Horner.

After seven rounds, Verstappen lies sixth in the drivers’ standings with 50 points to his credit, albeit 34 adrift of teammate Ricciardo and 71 shy of championship leader Sebastian Vettel.

Big Question: Has Max done enough to stop the critics?