Can gamers can play a part in driving F1’s future? 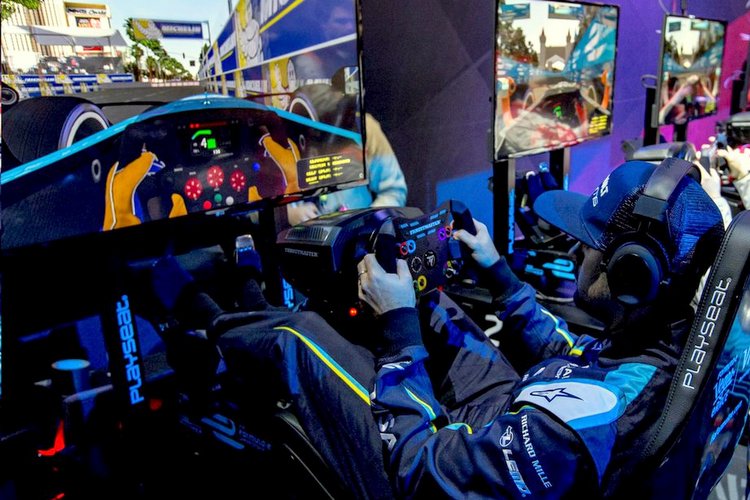 Some of the world’s fastest sim racers or gamers could soon be driving Formula 1’s future, literally, by testing new ideas on virtual racetracks in an era where eSports is booming in motor racing.

The sport is facing major change after 2020, when current agreements expire, and owners Liberty Media along with the governing body are looking into how to make racing more competitive and exciting.

Pat Symonds, who is on a panel of experts set up last year under motorsport managing director Ross Brawn, says esport can help provide the answers.

The British engineer cites the starting grid, with the cars currently lined up in a staggered two by two formation, as one example.

“In the old days you had four, three (cars abreast), all sorts of things,” Symonds told Reuters. “What we want to know is: If we do that (with modern cars and tyres), what’s likely to happen?

“Are you going to get a much more exciting first lap or are you just going to get a lot of accidents on the first corner and therefore a boring race afterwards?

“And although you could develop AI (artificial intelligence) to do that, it’s actually better to do it using elite gamers. Those guys are pretty damn good at what they do. Can we use them to inform us as to how proposed regulations might work out?”

Formula One established an esport championship last year and has refined it further. All the real F1 teams, apart from Ferrari, are competing and are due to select drivers next month from a Pro Draft of 40, with the finals during the Abu Dhabi Grand Prix weekend in November.

“What we can do is say ‘right, all you guys are in the final. Come in for two days and we’re going to do 100 races’ — of course we don’t need to do the whole race, we can do the first two laps or whatever we decide,” said Symonds.

“We’ll try and use different layouts and we’ll see what happens. We can then do a statistical analysis and we can decide whether overall it’s a good thing or a bad thing.”

The former Benetton, Renault and Williams technical director said Codemasters, partners in the esports championship along with Gfinity, had been working on the technology.

“We have got the ability now to alter grid layouts and all we need to do is add the statistical analysis and a few other things. But I’m certainly hoping that this year we’ll be able to do that sort of thing,” said Symonds.

Formula One has had plenty of knee-jerk reactions in the past to dull races, with qualifying undergoing numerous formats and sometimes at short notice, and Liberty want future changes to be fully assessed.

Symonds said artificial intelligence simulations meant cars could race each other hundreds of times with changing tyre characteristics and conditions.

Circuit configurations can also be modified virtually to see how that affected the racing.

“We need to evolve the simulation a bit further. I think people fail to realise what an incredibly important part tyres play in close racing. We’ve got work to do on our tyre model yet to improve that aspect of it,” said Symonds.

Funding constraints are also something of a brake on the pace of progress.

“The artificial intelligence bit of it we are very close to running now,” he added. “The egame is part of it. I mentioned the grid simulation, we’ve done all the graphics and the coding necessary to alter grid layouts.

“All of that exists, all of that is running. We haven’t done the bit that pulls all the statistics out yet. And nor have we actually engaged the egamers, we need to develop the product first. But it’s all doable.”

Big Question: Is eSport good for Formula 1 or just a pssing fad?