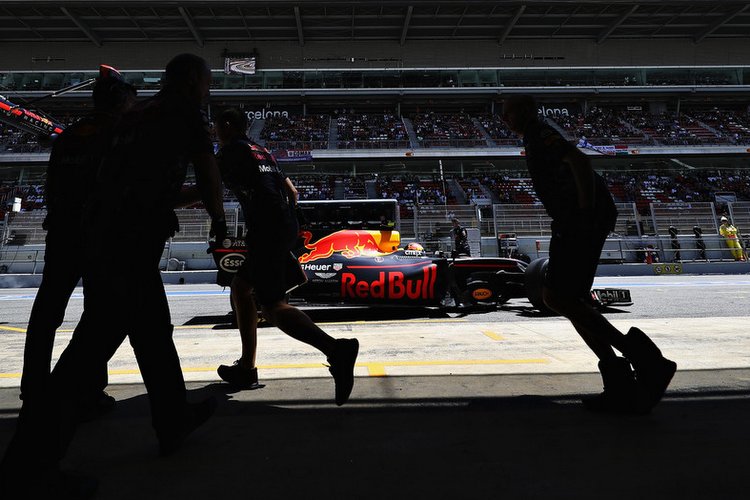 After the particular challenges of Baku, teams are back to far more familiar territory for this weekend’s Spanish Grand Prix, Round 5 of the 2018 Formula 1 World Championship, at Circuit de Barcelona-Catalunya.

Pre-season testing almost always takes place at the venue on the outskirts of Barcelona, allowing teams the opportunity to gather a great deal of set-up data before even beginning the race weekend. This provides more time for them to assess new parts, which are always scheduled for the start of the European season.

Historically, Barcelona has been a track that demands maximum downforce, although for those lacking straightline speed, it may be necessary to avoid using extra appendages such as a t-wing or monkey seat.

Sector One contains a long straight, before a medium-speed chicane and the flat-out Turn 3, demanding only a medium downforce set-up, but the final two sectors, in particular the last third of the lap, require maximum load for the best lap time. 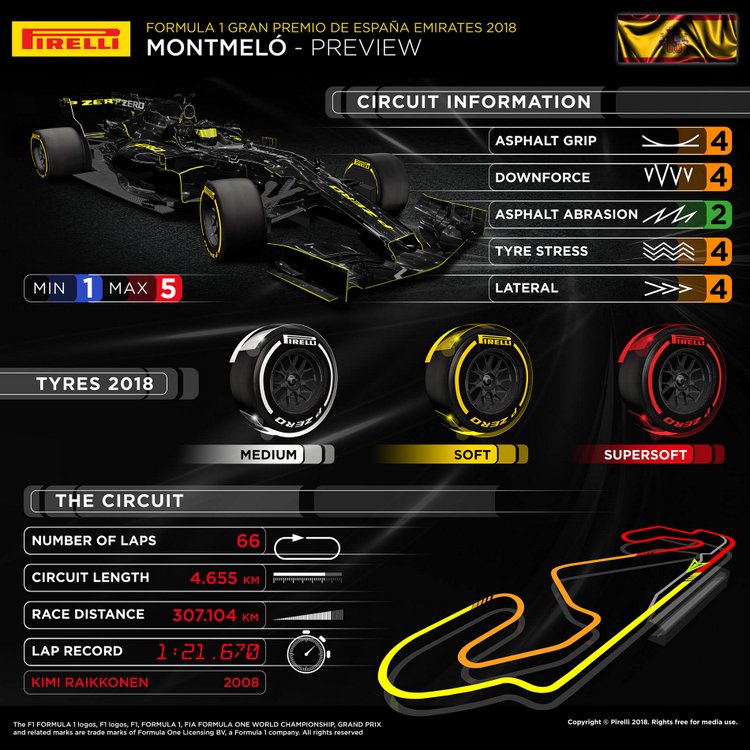 The track tests all aspects of a car, with the first sector emphasising Aerodynamic efficiency, the second high-speed change of direction and the third low-speed performance as well as mechanical grip. Of the circuits visited so far, this is the least sensitive to top speed, potentially bringing Red Bull closer to the top three in qualifying.

Turns 1 and 2 are crucial corners in the race for, although in qualifying Turn 3 is flat-out, this will not necessarily be the case with a full fuel load and the need to protect the left front tyre.

Therefore, drivers must decide how much to compromise the first two turns in order to carry the most speed through Turn 3 and on to the next short straight.

Turn 9 was not taken flat-out when Hamilton took pole last year, but the Mercedes and Renault, among others, were able to take the corner without lifting during testing, a result of car development and the new, grippier track surface.

However, it is unlikely that all cars will be able to avoid lifting in qualifying, so this will be a key performance differentiator.

Lastly, Turns 14 and 15 are tricky, with high kerbs to be avoided, while the exit is critical to maximise speed down the ensuing straight, which provides the best overtaking opportunity on the track.

The strategy for Barcelona is one of the more difficult to read given that the track resurfacing has completely changed its wear and degradation characteristics. Last year, the Soft tyre was capable of doing 30 laps – indeed, Hamilton actually set his fastest lap of the race on lap 28 of a 30 lap stint at the end of the race.

This tyre is the same as the 2018 Medium, and given the new track surface, it would be reasonable to expect this compound could manage at least 45 laps, but perhaps even as much as a race distance. Given its consistency last year, this should be a good race tyre.

Both the Soft and SuperSoft will be capable of decent stint lengths, but it will be interesting to see how much of a delta there is between the compounds – both in Australia and Azerbaijan, the two compounds performed similarly in terms of performance and life, but in Bahrain there was more of a difference.

Taking all of this into account, it is likely that a one-stop race will be the one of choice, starting on the SuperSoft before moving to the Medium.

It may also be possible, given the low temperatures forecast (see below), to complete the race distance via a SuperSoft-Soft strategy, but this leaves drivers vulnerable to the undercut thanks to the need to extend the first stint.

Williams appears to have its plans fixed firmly on the former, bringing no Soft sets other than the mandatory one, suggesting it plans to run exclusively on the SuperSoft and Medium during the weekend.

Meanwhile, Mercedes have been extremely conservative in comparison, bringing just five sets of the SuperSoft, potentially leaving just three, as opposed to the standard five, for qualifying. 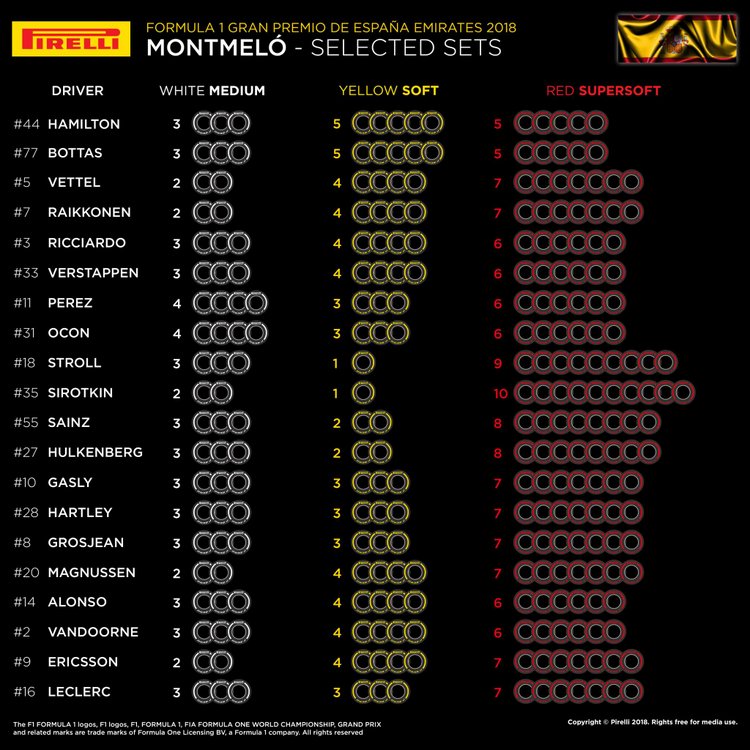 The Barcelona circuit is one of the worst for overtaking on the calendar, with the high-speed sections making it particularly difficult to follow another car without damaging the tyres. The introduction of a chicane before the final corner in 2007, together with an extended DRS zone on the main straight in 2017, have helped matters.

The DRS zone between Turns 9 and 10 does not usually provide a good overtaking opportunity, but merely keeps the car behind in touch heading into the final sector.

Evidence of the difficulty in overtaking came last year, when Sauber’s Wehrlein, with the year-old Ferrari power unit, was not passed by Sainz in the Toro Rosso, despite the Spaniard having DRS along the main straight.

Unusually at this time of year, temperatures are not forecast to rise above 20 degrees Celsius, making thermal degradation less of an issue (so the track should become more front-limited), but perhaps bringing tyre warm-up into focus ahead of qualifying runs.

Friday should remain dry, allowing teams to get a good assessment of their new parts before deciding whether to carry them forward into the weekend. However, rain showers are possible for both qualifying and the race.

Being the first truly high downforce track of the season, it is hard to know which team will be fastest, especially given that Ferrari, having adopted a longer wheelbase Aerodynamic concept for 2018, can no longer be the assured favourite heading into the weekend.

The picture will change further given that Ferrari may have a higher downforce rear wing in store, whereas Mercedes has already introduced its version of this. Red Bull will also benefit, having run in medium downforce trim so far, while the Milton Keynes outfit will bring a significant upgrade.

McLaren will also arrive with a raft of development parts, which could see the team move ahead of Renault, who have already introduced their first major Aero package of the season.

Elsewhere, the midfield battle will likely remain close, although Haas could lose out with its developments scheduled for later in the year.