Wolff: We are not looking at drivers outside of Mercedes 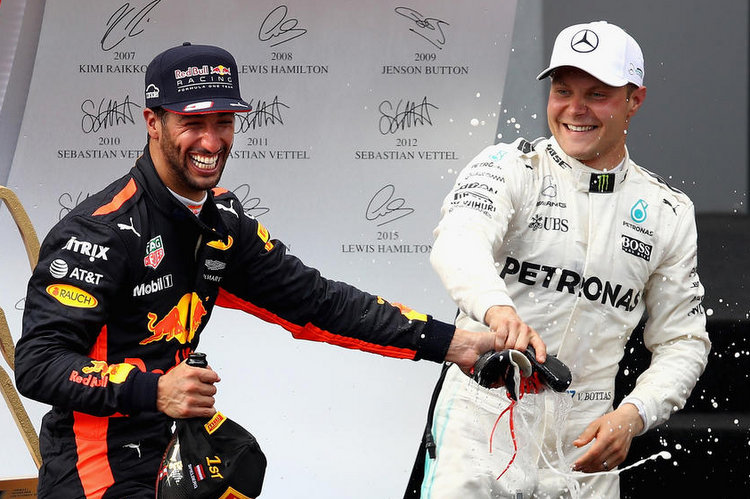 Amid speculation that Daniel Ricciardo has had a chat to Mercedes regarding a berth with the team for 2019 and beyond, but Silver Arrows chief Toto Wolff has poured cold water on any suggestion that the Red Bull driver is on their radar.

In an interview with F1i, Wolff said, “We are not looking at drivers outside of Mercedes at the moment because, first of all, we need to give our support to our two guys, that’s the priority.”

Apart from their star driver Lewis Hamilton, they also have Valtteri Bottas, Pascal Wehrlein, Esteban Ocon and George Russell on their books.

Wolff explained, “It’s like if you’re happy with your wife, you don’t look elsewhere! We are with our two wives – or three [including Esteban Ocon] – and we are not looking at that.”

“Give us a few more races, [let us] start the European season properly, go to Canada, and then the intense July, and I will have a better view,” added Wolff.

In the past Ricciardo has been loosely linked to Mercedes, more by media speculation than anything else, while the Aussie has not been shy to express his ambition to race against Hamilton with similar equipment.

If Ricciardo does not extend with Red Bull, the smart money is that he will be heading to Maranello to replace veteran Kimi raikkonen and reunite with hshis former Red Bull teammate Sebastian Vettel, although a move to Renault is also a theory that surfaced recently in the paddock.