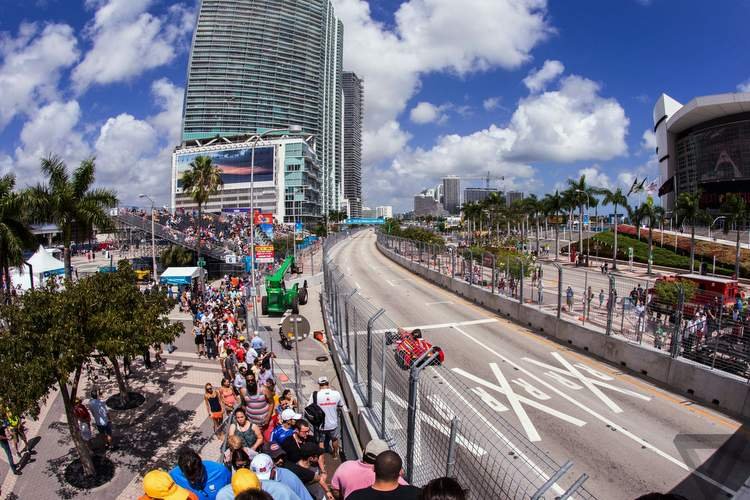 The Miami Grand Prix for Formula 1 is reportedly set to make it onto the 2019 world championship calendar with the City Commission set to vote next week on a proposal to conclude a deal with FOM.

F1 commercial chief, Sean Bratches, said that the latest developments are “an important step” in the quest to hold a grand prix in the Florida city.

“Earlier today the City of Miami Commission took an important step by adding an item to their upcoming agenda, that if approved, will make way to bring Formula 1 to downtown Miami next season. We appreciate the community’s interest in hosting a Formula 1 race and look forward to working with local officials and stakeholders to bring this vision to life.”

“With over half a billion fans worldwide, Formula 1 is the greatest racing spectacle on the planet, and Miami’s status as one of the world’s most iconic and glamourous cities, combined with its robust tourism infrastructure, makes Miami the perfect destination for Formula 1 and its fans.”

Stephen Ross, US entrepreneur and supporter of the proposed race added: “Miami is a first-class global city and Formula 1 is a first-class global brand. In cooperation with the City of Miami and Miami-Dade County, I am confident we can deliver yet another global event that will be a destination for people from around the world and drive economic value to South Florida.”

“From football and soccer to tennis and motorsports, Miami deserves only the best in music, food, art, fashion, and sports and entertainment, and that is exactly what we plan on delivering with a Formula 1 race.”

The exact timing of a Formula 1 Miami Grand Prix would be a matter for further discussion between F1, the FIA and the Miami authorities, but if approved we hope at this stage that the inaugural race would take place in October 2019.

Big Question: Does Formula 1 need a street race in Miami?