Boullier: Alonso is like a shark when it smells blood 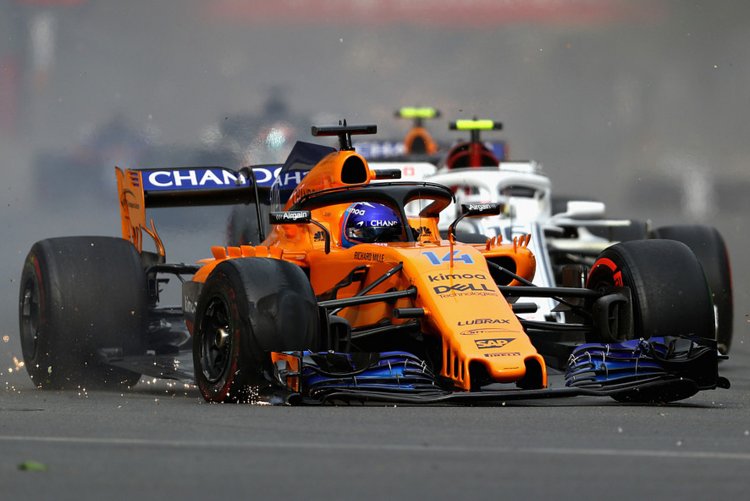 McLaren chief Eric Boullier is in awe Fernando Alonso who did not allow two punctures and shredding tyres suffered in the opening stages of the Azerbaijan Grand Prix to stop his from returning into the pits bolting on new tyres and wrestle his way back to seventh place.

The Spaniard himself was impressed with the feat, and Boullier – with inside information – is mightily impressed.

The team chief reflected, “He has this facility to switch his driving style always to suit the car balance. He is one of the very rare ones. Depending on the balance, whether you have front [brake] locking, rear locking, straight away he adjusts his driving to not hurt the tyres. In that case, it helped him a lot.”

“I compare him sometimes to a shark when it smells blood in the sea. Then it starts to chase. Fernando is the same. In that mode, he decided: Change the tyres, let’s go back racing, just check the balance and tell me what I need to do if I need to change something.”

“The front tyre deflated straight away after turn three and then it takes some time before you lose the tyre from the rim. The rear right tyre deflated I think around Turn 15.”

“You can see that after entering the pit lane, the car is not driveable, and actually he hit the wall on the right-hand side. At that stage, he told us after, he did not know how to bring the car to the pit.”

“He didn’t know if the car would steer. He just tried to go straight on the fast lane and he thought he would leave it there and we would take it out…”

“At the last minute, he turned and the car steered into the pit-stop bay. We made a joke with him and said it was the best positioning of the weekend.”

“He said: Let’s change the tyres and front wing and go. From the pit wall, I saw these flames all around the floor. The car was on fire.”

“The car was still more or less balanced, strangely. The reason was there was this big hole in the front floor, so we lost downforce at the front and rear. So the car was not very well balanced, but it was still driveable. He didn’t complain about anything, not even driveability.”

Compare Alonso’s afternoon to teammate Stoffel Vandoorne who finished ninth, two positions behind his veteran teammate. Alonso, with a damaged car, was half a second a lap faster throughout the afternoon in Baku than the Belgian.

Boullier points to Alonso’s spirit as inspiration, “Maybe we got conditioned as well by him all weekend saying: We need to finish the race; this is the key.”

“We also are in a different place. Qualifying pace is not our best and so we have shifted our mindset to: We need to grab any points we can. And that means by any means we need to finish the race. This is our mindset since Australia. We want to capitalise on the first four races and grab as many points as possible,” added Boullier.