Verstappen: Daniel and I should both be a little less eager 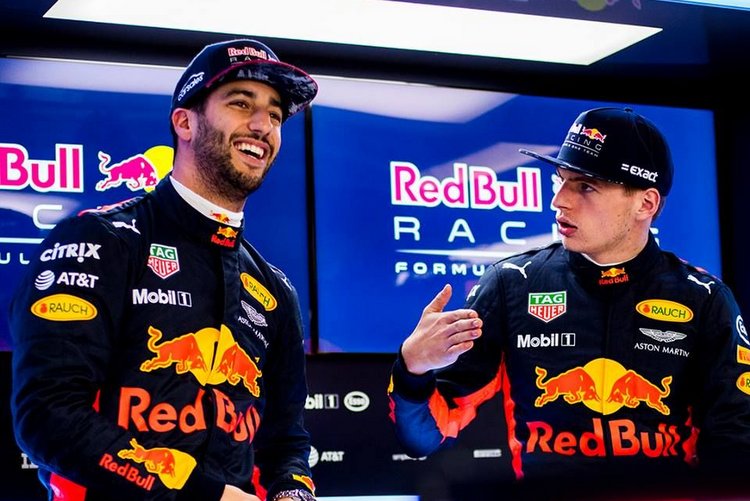 Max Verstappen has given his take on the incidents he was involved in during an action-packed Azerbaijan Grand Prix which ended in tears for the Red Bull team as their drivers collided while the pair battled for fourth position.

One of the highlights of the race was the intense battle for position between Daniel Ricciardo and his teammate Verstappen. The Dutchman showing no mercy as the Australian battled with him for position.

Finally, on lap 40 of the race, the pair collided as Ricciardo went for a non-existent gap while Verstappen made his Red Bull as wide as possible. Their races ended on the spot.

Speaking on Ziggo Sport talk show, Verstappen explained, “The start was okay, but you cannot do a lot on such a short straight. I could keep my position and it all went fine, although it is always a bit shoulder to shoulder on such a street circuit.”

Just before the collision, Ricciardo was enjoying strong pace and found himself behind his teammate who had employed the undercut to leapfrog the Aussie during the pitstop window.

Ricciardo chased hard and had the Dutchman in his sights, but it all came to nought when he slammed into the back of his teammate’s car as he tried a move on the main straight.

“They are all nice actions. We had a strong wind, so on the straight, you could slipstream really well. We gave each other little space and even had a little brush, but it was all right.”

“Of course, the fights were on the edge but at that moment it was all fair and I think it was nice to see on television.”

As for the race ending incident, Verstappen said, “I have already seen the moment twice or three times, but it is, of course, easier to comment on an onboard video than when you have to brake going 320 kph.”

“It is terrible that you do not finish and the worst thing is that it is with your teammate, because we have a very good relationship, so it’s just enormously disappointing.”

“Ultimately, it doesn’t matter who is to blame. As teammates, you do not want to touch each other and drive each other off the track. After the race, Daniel and I looked at each other and shook hands. There is nothing going on between us. Of course, the team was not happy, but we were not happy either.”

The team have faced criticism after the incident, many suggesting that they could have intervened to prevent the collision.

Verstappen explained, “We have always been able to race each other well and then you get these kinds of things too, that the team says: go for it. They have faith in us. Unfortunately, the final action did not work. The other actions were aggressive and, on the edge, but fair.”

“As long as we do not touch each other. Of course, it remains a risk if you are so close together, but I think it also depends on the circuit. There is such a long straight and certainly with the way the wind blew you could win a lot of time there. You keep attacking lap after lap and this scenario is unique to this track.”

“Of course, we are going to talk with each other and I think you should just let us race. Racing between us does not have to change drastically, but perhaps we should both be a little less eager when we race each other. In my opinion, we can do that very well, but unfortunately this time it didn’t end well.”

Verstappen has only finished twice in four races this season, in Bahrain he collided with Lewis Hamilton and the Dutchman’s race came to an end shortly after.  The Dutchman also crashed out of Q1 in qualifying a day earlier.

In China he was also in the wars with Hamilton and during the race also clattered into the side Sebastian Vettel’s Ferrari, the Red Bull driver penalised for his shenanigans.

In Baku most recently we all know what happened, but Verstappen remains positive, “There are still seventeen races to go and you can see how quickly things can turn around, so everything is still possible.”

“For the next race we have a lot of updates to the car which hopefully take us a bit further ahead. Looking at the data, the updates look positive. It remains to be seen whether this is the case on track, but there will be quite some change,” added the 20-year-old Red Bull driver.