Horner: We talked about it before the race… 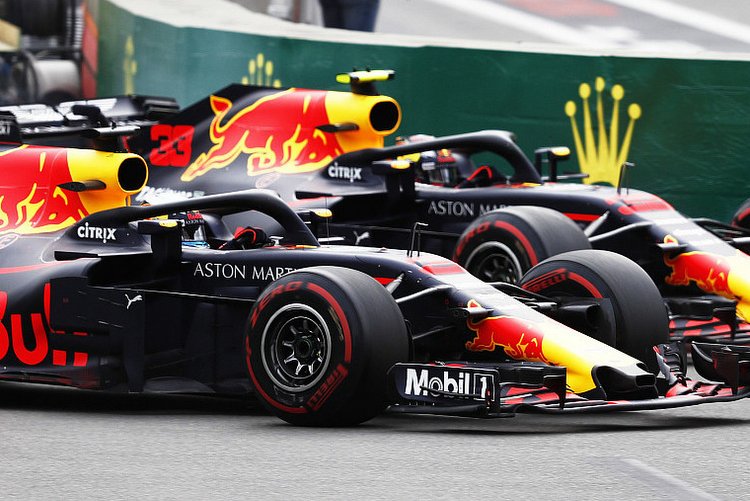 With both Red Bull drivers Daniel Ricciardo and Max Verstappen “in the doghouse” after their shenanigans and eventual collision during the Azerbaijan Grand Prix, which saw them retire on the spot and sacrificing a substantial points haul for their team on the day.

With both drivers apparently accepting blame and the pair handed a reprimand by the FIA race stewards, team chief Christian Horner revealed that the pair clashing on track is not a new topic, “We’ve discussed it at length on many, many occasions.”

“We even discussed it in the morning, we wanted to avoid a repeat of Force India’s scenario from last year, and that we would allow them to race, but [at the same time] please allow each other space.”

“We will discuss it prior to Barcelona, but we want to continue to allow the drivers to race. It was a racing accident, they’re both equally culpable, not one or the other more to blame. I think the most important thing is that they both recognise that what has happened today is unacceptable.”

“F1 is a team sport, the drivers are one element of the team, they wear the overalls and they get in the car, they represent the 800 or so people that they’re driving for. I think both of them will have taken invaluable lessons from today.”

Horner was asked if the Red Bull pitwall, or even himself, might have done more to prevent the clash, he replied, “You try to do your best as a team and you don’t want to penalise one driver over the other, so we tried to give them the optimal strategy.

“Ideally we were hoping for a safety car in the last quarter of the race there, to go with the ultrasofts which we managed to go long enough to do, but we never dreamed we would be causing the safety car.”

“We obviously tried to give the preferable stop to the lead car, so stopping Daniel first, having the track position, going onto the ultrasoft tyre, a new ultrasoft tyre which should theoretically have had better warm-up.”

“I think Max benefited from a green first sector with DRS on one of the backmarkers. He then matched his best middle sector, and a strong final sector. The pit stops were within one-tenth of a second of each other. Obviously, Daniel’s out-lap wasn’t as quick as Max’s in-lap. So they found themselves that way round.”

“Daniel’s tyres were at a working temperature quicker than Max’s, and obviously he was looking to capitalise on that. We’d seen a lot of good racing between the two of them prior to that all afternoon,” added Horner.

Big Question: Could the Red Bull pitwall have done more to prevent Dan vs Max collision?