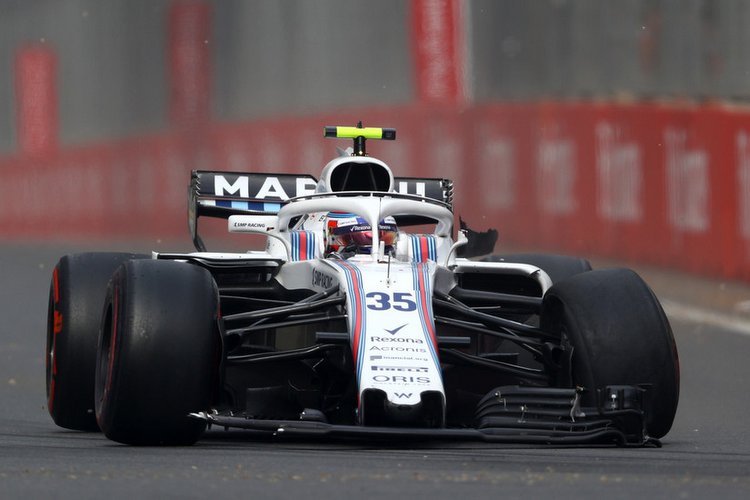 Russian rookie Sergey Sirotkin will have a three-place grid penalty for Spain after Formula 1 race stewards ruled the Williams driver was wholly to blame for an Azerbaijan Grand Prix collision on Sunday.

He was also handed two penalty points, his first of the season.

Sirotkin, now one of just two drivers yet to score a point this year, drove into the back of Force India’s Mexican Sergio Perez on the opening lap.

There were then knock-on collisions involving Renault’s Nico Hulkenberg and McLaren’s Fernando Alonso.

Perez, who later collected a five-second time penalty for overtaking before the safety car line, went on to take third place in the race.

“It was such a mess in the first few corners. I was between two cars heading into turn three and I was just slowly and progressively squeezed between the two cars, as I was in the middle,” Sirotkin said.

“At a point I saw I was not going to avoid a crash so I just lifted, hoping they would squeeze me but not hit me that much, but then already there was nothing I could do.”

“We touched, my car jumped and when I landed, I broke my front suspension and my wing,” he added in a team statement.