Ocon: I don’t know what Raikkonen did 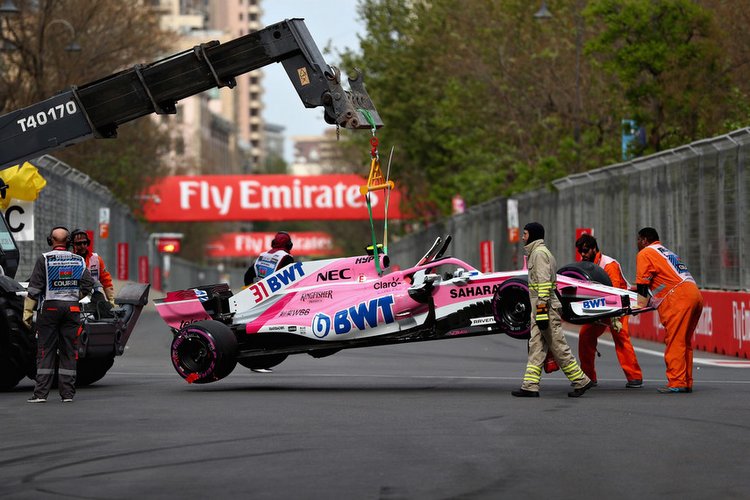 Force India driver Esteban Ocon’s Azerbaijan Grand Prix lasted less than half a lap as he slammed the wall after making contact with the Ferrari of Kimi Raikkonen.

The Frenchman clearly lay the blame with the Finnish veteran when he told reporters after his race in Bakum, “Clearly I had a great start, really good, I managed to overtake him in turn two, I was ahead of him on the straight.”

“I was completely ahead, he was behind. I don’t know what he did, he released the brakes and hit me. It’s clearly a missed opportunity after a great start to the weekend. I think [Sergio] Perez is going to score a lot of points, it’s good for the team.”

“What do we want to tell Kimi? He doesn’t talk. He’s not in the [track] position he should be in a Ferrari.

“He made a mistake yesterday, he made another one today,” added Ocon with reference to the veteran Finn’s mistake in qualifying 24 hours earlier.