Grosjean: I think Ericsson hit us 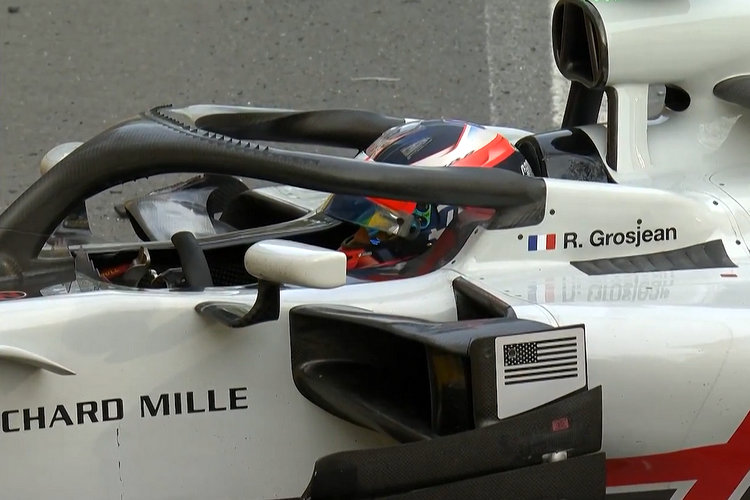 Romain Grosjean made a gross misjudgement when aggressively trying to get heat into the tyres on his Haas during a second safety car period and as a result slammed the wall when he lost control, prompting him to immediately blame Sauber driver Marcus Ericsson.

“I think Ericsson hit us,” hollered Grosjean into the team radio.

But replays show the Frenchman swerving from right to left in an effort to generate heat into his tyres, but it is clear he lost control all by himself with blameless Ericsson at least fifty metres behind the Haas when it slammed the wall.

It was an amateur mistake by Grosjean who added afterwards, This hurts a lot and I want to apologize to the team.”

“We were in the middle of an amazing race, starting last and running P6. Seeing (Sergio) Perez on the podium, knowing I was fighting with him, is very painful for all of us. It was going very well. The conditions were tricky, there was a lot of wind, the car was going left and right, pushing then not pushing.”

“I was warming up my tyres and bumped into a switch that I’d moved by two positions. When I touched the brakes, the brake balance was locked rearward – it just locked the rear wheels and I spun,” explained Grosjean with no mention of Ericsson.