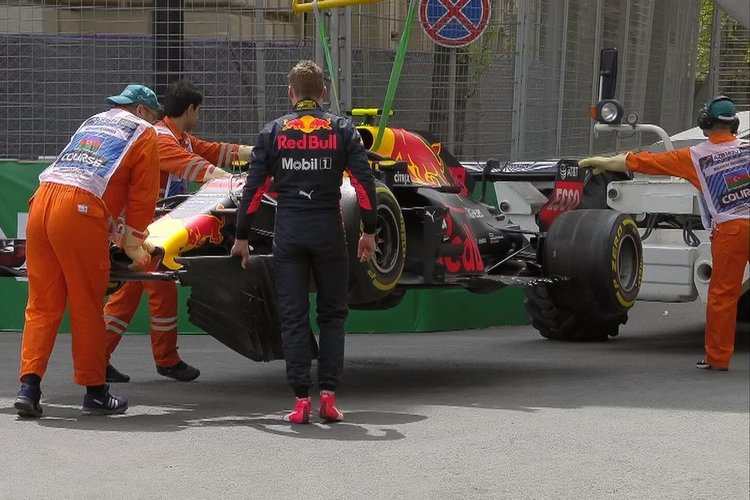 Max Verstappen’s Azerbaijan Grand Prix weekend got off to a bad start when 33-minutes into the first free practice session the Red Bull driver crashed into the wall.

Shortly after setting the fastest lap in the session at that point, Verstappen clipped the barriers at Turn 6 ending his session prematurely.

The Dutchman got on the brakes a tad too late into the sharp left-hander, causing the rear to whip around as he tried to correct it, but it slid into the tyre wall and bent the front wing.

He could not get it restarted and marshalls eventually moved the car. For Verstappen, the incident is a setback because, apart from the damage, it is a valuable hour of track-time lost.

Bull out for FP2. @danielricciardo takes to the track to add to his 24 laps of #AzerbaijanGP progress in FP1 🇦🇿 pic.twitter.com/X00ReZas71