Ricciardo: I had this weird thing with my lip 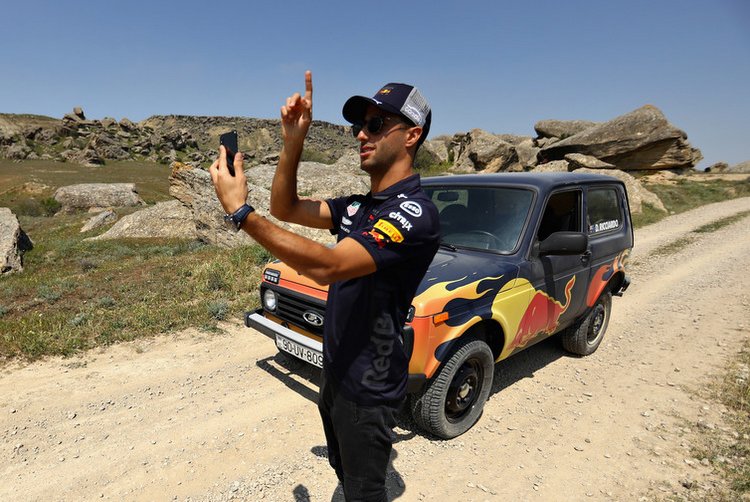 Red Bull driver Daniel Ricciardo has never been known for ‘biting his lip’ when it comes to expressing his opinion, but one of the few times he did he ended up having minor surgery.

The 28-year-old won the China Grand Prix two weeks ago and was photographed with a lump on his lower lip, which was more noticeable when he celebrated his victory by drinking the winner’s champagne from his racing shoe.

“I had to get some minor surgery (OK, so that’s overstating it, but you know what blokes are like),” Ricciardo wrote in a column for the Red Bull website of how he had spent the two weeks since winning in Shanghai.

“I had this weird thing with my lip happen in Bahrain the weekend before where I bit it. It must have got infected or something because I kept biting it over and over. So I had to get that taken out and stitched back up in London.”

Ricciardo said he had precious little time to relax after the Shanghai win as he prepared for Sunday’s Azerbaijan Grand Prix in Baku.

The Perth-born driver’s contract with Red Bull expires at the end of the season and his future has been the subject of frenzied speculation.

He has been linked to a possible move to Ferrari or Mercedes but told reporters on Thursday that he had only spoken to his Red Bull team about his racing future.