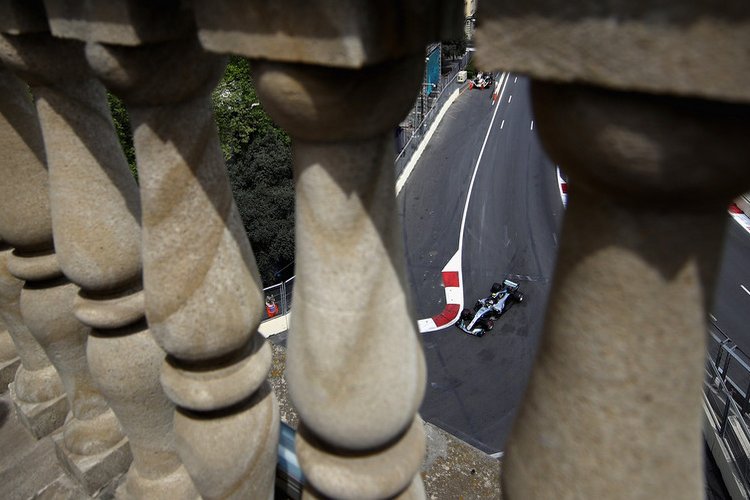 Mercedes driver Valtteri Bottas topped the timing screens at the end of the first free practice session of the Azerbaijan Grand Prix, a few hundredths of a second ahead of Red Bull’s Daniel Ricciardo.

Bottas’ best lap time of 1:44.242 was 0.035 of a second quicker than Ricciardo’s best, and a full second up on Silver Arrows teammate Lewis Hamilton, who was fourth fastest at the end of the 90-minutes session.

Max Verstappen, after going fastest early on, overcorrected a slide and spun into the barriers, ending his session.

The Dutch driver, whose season has been littered with collisions, ended up sixth fastest but still quicker than Ferrari’s championship leader Sebastian Vettel who was 10th but without setting a representative time.

The German, winner of the first two races of this season, was 2.2 seconds off the pace and struggling with rear grip, while teammate Kimi Raikkonen, 15th fastest, spent much of the session in the garage with Ferrari working on a power unit problem.

Sergio Perez was third in the Mercedes-powered Force India, 0.833 slower than Bottas, with French teammate Esteban Ocon fifth in a promising sign for a team with only one point so far this season.

Williams, the only team yet to score, also showed signs of improvement with Russian Sergey Sirotkin eighth. 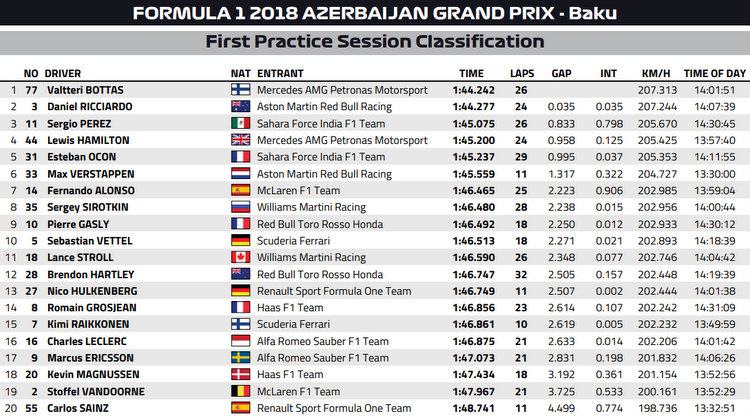