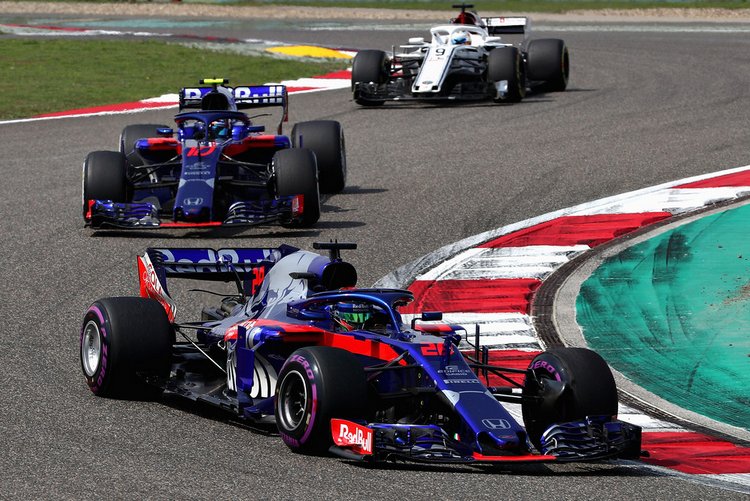 Brendon Hartley: “I’m looking forward to going to another new circuit. I don’t know how many different circuits I’ve driven in my career but I’m always excited to drive a new one. I think it’s very unique, being a street track, some really interesting corners with no room for error, which is always something I enjoy – probably most of the other drivers do too so we’re all in the same boat. From driving it on the simulator, the bit by the castle almost reminds me of Macau, which is one of my favourite tracks. I think I’m going to enjoy it and I’m really looking forward to the fourth race of the season. Apart from all the sim work, plus looking at videos of past races, I’ll be doing as much study as I can so that I’d like to think that within ten laps, you’re pretty much up to speed. A lot of the work we do on the sim is actually for the engineers to develop the set-up and a small part of it is for the driver, but when you’re going to a new track then a bigger percentage of the work done is for the driver as well so it serves two purposes. Obviously, there’s always those last few tenths still to come from a track that’s new to you, where knowing every bump in the road, changing conditions, wind direction, all have to be experienced at the actual circuit. But when you’ve driven hundreds of circuits in your life, you try and piece them together and look at one corner and compare that to somewhere else that you’ve been. Obviously, experience counts for a lot when you’re learning a new track. You certainly expect that the sim is modelled as close to the real thing as possible but it’s always hard to know – is that kerb exactly the same? Does it get the same amount of grip? Are there other factors? Are there marbles? Therefore, it’s also useful to look at video of past races to see what lines the drivers take and you can also learn from that…and I can’t wait to have our track walk on Thursday!”

Pierre Gasly: “Baku is a really exciting track because, first of all, it’s a street track so the risk is doubled or higher due to the walls everywhere, but I also think just the characteristics of the track with that long straight make it interesting. It’s super-fast! I think last year the top speed in Formula 1 was really crazy, so as a driver it’s super exciting but it’s also super risky. I’m excited to go there. I remember watching the race last year as a reserve driver and it was one of the most exciting Formula 1 races of the season so I’m happy to be part of it this year and hopefully, it’s going to turn out well for us. The narrow bit near the castle? I think it’s the tightest corner of the championship. In a way, it’s a corner where you can make a lot of time but you can lose everything as well because it’s a low-speed corner. In the low-speed corners, a few kilometres minimum speed can make quite a lot of time. Every time you go there it’s interesting because you are a few centimetres every lap from the barrier so in terms of focus it’s really intense…it’s not a track where you can go a bit wider on the outside kerb and then maybe you just touch a bit of grass and you have some dust coming out of the tyres. No, if you are just a few centimetres too wide then you go straight in the wall and that’s it! It’s exciting over the middle part, which is really technical, where it’s not possible to overtake and then when it comes to the straight, that’s when you start to have overtaking opportunities. The straight feels very fast because the walls feel close and it definitely feels even faster when you come to brake for Turn 1! I finished second in the end of my GP2 race here, so it was a good race fighting for the victory until the last lap. I started 18th and finished 2nd… it was a crazy race but certainly, one to remember!”