Todt: Alonso very brave to race in the WEC and at Le Mans 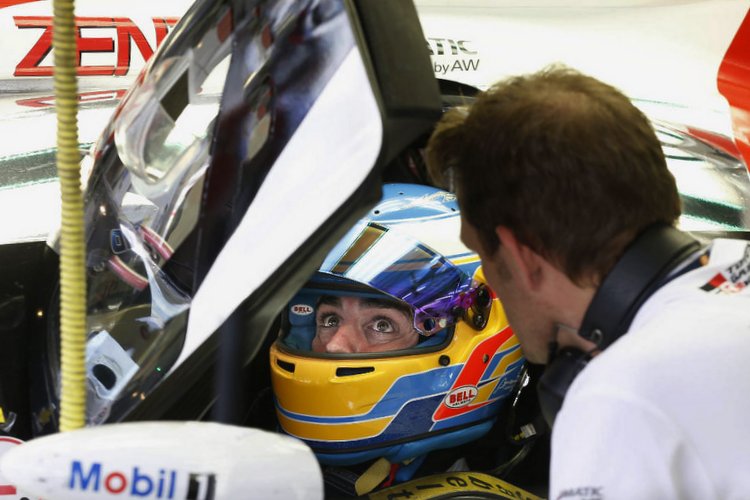 FIA president Jean Todt has hailed Fernando Alonso’s decision to compete in the World Endurance Championship (WEC) in tandem with Formula 1, recalling that such a practice was common for drivers decades ago while praising the Spaniard’s “brave” intentions.

Alonso will compete for Toyota in this year’s WEC, including his first foray to Le Mans as part of his quest for motorsport’s unique Triple Crown. Some even suggest that this may well be the double world champion’s final year in Formula 1.

Nevertheless, Alonso’s project clearly impresses Todt, who told EFE, “It’s a very personal decision and we have to respect it, but I think it’s good for racing. Alonso is one of our ambassadors in terms of road safety and he’s very interested in promoting motorsports.”

“He has an important kart circuit and a great academy in Spain. He also just launched an important motorsport training program a few weeks ago in China. He is a real driver, he loves motor racing and he also wants to give back part of what motorsport has given him.”

In the sixties and seventies Formula 1 drivers more often than not, used to ply their trade in various disciplines. It was not uncommon for drivers to double-up on their race programmes.

Teams, such as Ferrari, used to have their drivers compete in the F1 world championship while competing in sports car programmes. Drivers were contracted to race in whatever programmes their teams were involved in, including Formula 1.

In those days, drivers would race Formula 1 and also Formula 2 on successive weekends. The likes of Jim Clark would even compete in support races on the same weekend as they raced Formula 1. The legendary Scot was killed racing in a non-championship Formula 2 race at Hockenheim.

Todt continued, “Today it sounds strange, but 20 or 30 years ago many F1 drivers also competed in Formula 2 or world sportscars and many years ago we had many F1 tests which is not the case in the modern era.”

“It’s his personal decision, it is great that Alonso wants to do it and his team allows him to do so. I personally would have allowed it, because it is important to get the best out of each driver and for that, we must give him the freedom to do so. So, I think he is doing the right thing.”

Double Monaco Grand Prix winner Alonso has his sights firmly set on the Triple Crown – winning the Monaco Grand Prix, the Le Mans 24 hours and the Indianapolis 500 – which has only ever been achieved by Graham Hill.

Todt respects the challenges that Alonso faces but warned that the programme will be a tough challenge for the McLaren driver.

“It is like Usain Bolt, the best 100 metres runner, deciding to run a marathon. It is highly unlikely he would win it because it is extremely difficult and a very different discipline. Alonso is very brave to do something like this, it’s a brand new experience for him, ” added Todt.

Alonso said of his venture, “I am very excited to participate in the 24 Hours of Le Mans for the first time. It is a race which I have followed closely for a long time and it has always been an ambition of mine to participate. Endurance racing is a different discipline compared to single-seaters and it will be an interesting challenge.”

“I am looking forward to working together with and learning from [Toyota teammates] Sébastien [Buemi] and Kazuki [Nakajima], who are both very experienced endurance drivers. It will be a learning curve for me but I am ready for this challenge and I can’t wait to get started.”

Last week, Alonso successfully passed the mandatory FIA simulator tests which oblige drivers, making their debut at the 24 Hours of Le Mans, to spend a day in the AOTEch simulator in Paris to familiarize themselves with the features of the 14km Le Mans circuit and to learn the safety procedures in place for the legendary race.

Big Questions: Should Formula 1 drivers be allowed to race in other series?