Raikkonen: I wouldn’t be here if I felt I couldn’t be champion again 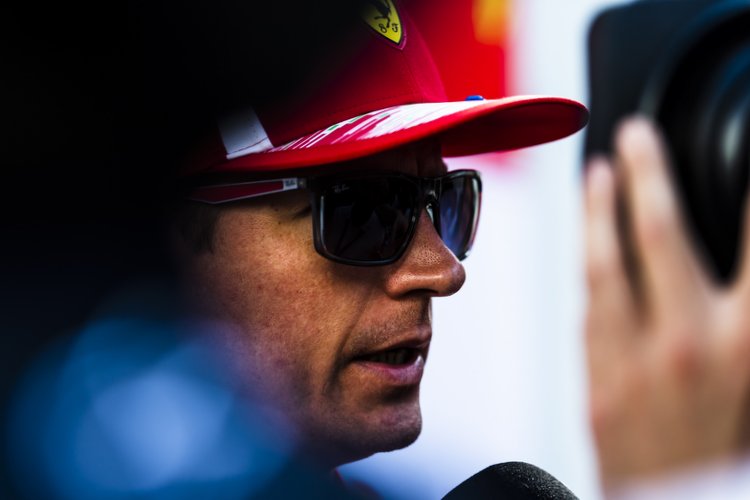 Amid suspicions to the contrary, Kimi Raikkonen is adamant that he can fight for this year’s Formula 1 World Championship title despite the fact that he lags 24 points behind his teammate Sebastian Vettel who many believe is the outright number one priority for Ferrari.

Speaking to journalists ahead of the Azerbaijan Grand Prix weekend in Baku, Raikkonen played down suggestions he was sacrificed to help Vettel’s cause during the Chinese Grand Prix, “It’s one of those things – it’s always easy after the race to say what we should have done. Once you know the final result it’s easy to say this and that, but no one knows it during the races.”

“You try to do the best you can, sometimes it’s ok, sometimes it’s not, but that’s a normal case in any racing conditions. As far as know I have 100 percent the same chances as everybody else, we try to make the best out of it.”

Asked if he felt he could win the world title again, as he did for Ferrari in 2007, he replied, “I’m here to do my best and I want to fight as hard as I can. I wouldn’t be here if I wouldn’t feel that’s possible.”

This year Raikkonen has shown good pace, qualifying second for all three races so far this season from where he has scored two third places and a DNF that has cost him in the points standings early on in the season.

The 38-year-old Finn conceded, “For sure we could have done better but this is what we’ve got right now. I think speed-wise we’ve been pretty ok, so we need to make sure we take the maximum points we can and have no issues.

“I think we improved the car since the first tests, but I don’t think that it has massively changed and suddenly there is more of this or that. I think [we are] both pretty happy with things.

“For sure there are always things we can improve, but that’s the never-ending story in Formula 1. It’s not too bad, we’ve been pretty fast and for sure we try to improve here and there. The set-up then is to make it better for each driver, but they are small things that can make a difference.”

With regards to the race weekend ahead, Raikkonen said, “To be good here in Baku you don’t need anything more than at any other track. Obviously, it’s a different layout, a kind of street circuit, but quite an open one, apart from the very tight area around turn 9 and 10.”

“For a street circuit, it requires quite a low downforce level, probably the first one of this kind we run this season.”

“We need to be stronger everywhere, but I think that our car has been good so far. Speed wise we have been pretty ok, It would be a surprise if we cannot fight at the front. The feeling with the car has been pretty straightforward so far this season.”

“I think we improved since the first test; tires played a big part in it, with better and stronger front ones. For sure there are always things to improve, but that’s a never-ending story in Formula 1. We need to tidy up certain elements and do things in a stronger way.”

“But if we keep working the way we are, I’m sure things will go in the right direction. Let’s see how this weekend goes. It’s a long way to the end of the season, and I want to do well,” added Raikkonen who has been winless since the 2013 Australian Grand Prix.

Big Question: Can Kimi be F1 world champion this year?