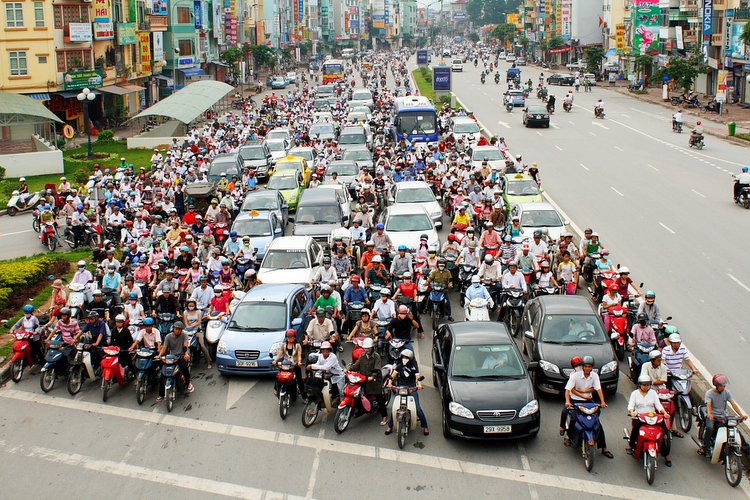 Formula 1 is expected to add more grand prix races in Asia including a street circuit in the capital of Vietnam, a country with little motorsport history that is on the verge of getting a marquee event.

“We think Hanoi could come on in the next couple of years, and we’re working with the Hanoi government to that end,” Sean Bratches, Formula 1’s managing director of commercial operations, told the Associated Press.

Vietnam would join countries like Azerbaijan, Russia and Bahrain, which have grand prix races, who also have little history in the sport, and authoritarian governments with deep pockets that serve F1 as it tries to expand into new markets.

“This [Hanoi] is a street race where we can go downtown, where we can activate a large fan base,” Bratches said. “And you have extraordinary iconography from a television standpoint.”

A second race in China is also likely and would join Shanghai on the F1 calendar. Bratches said deciding where to stage the grand prix will “be left to local Chinese partners” — Beijing is a strong candidate.

Bratches runs the commercial side of Formula One, which was acquired last year by U.S.-based Liberty Media from long-time operator Bernie Ecclestone.

Formula One’s long-term goal is to have 24-25 races — up from the present 21 — and arrange them in three geographical segments: Asia, Europe and the Americas. Bratches said the Europe-based races would stay in middle of the calendar, with Asia or the Americas opening or ending the season.

He said their positioning had not been decided, and getting this done will be slowed by current contracts that mandate specific places on the calendar for several races. This means eventually that all the races in Asia would be run together, as would races in Europe and the Americas.

The F1 schedule is now an inefficient jumble, allowing Bratches to take a good-natured poke at how the sport was run under Ecclestone.

Early-season races in Australia and China this year were conducted either side of a trip to Bahrain in the Middle East. Late in the season Formula 1 returns to Asia with races in Japan and Singapore.

The Canadian Grand Prix this season is run in the middle of the European swing, separated by four months from the other races in the Americas — the United States, Mexico and Brazil. These three are followed by the season-ending race in Abu Dhabi, which means another trip across the globe.

“With the right economics, with the right structure and cadence of events across territories, 24 or 25 is probably where we’d like to be from a longer-term standpoint,” Bratches said.

Big changes are not likely to happen until the 2020 season ends. This is when many current rules and contracts expire as F1’s new owners try to redistribute some income to allow smaller teams to compete.

“There’s more interest than we have capacity in the schedule,” Bratches said, firing off Berlin, Paris or London as potentially attractive venues. “We want to be very selective.”

“Those cites from an economic impact standpoint would find us value, as do others around the world,” Bratches added. “It’s very important for us as we move forward to go to locations that are a credit to the Formula One brand.”

An expanded schedule would have to be approved by the teams, which will be stretched by the travel and the wear-and-tear on their crews. The burden will fall on the smaller teams, which have significantly smaller revenue compared with Ferrari, Mercedes or Red Bull.

Bratches also envisions another race in the U.S., joining the United States Grand Prix held annually in Austin, Texas. A street race in Miami is a strong candidate, as are possible venues like Las Vegas or New York.

“We see the United States and China as countries that could support two races,” he said.

Liberty Media has reported Formula One’s total annual revenue at $1.8 billion, generated by fees paid by promoters, broadcast rights, advertising and sponsorship. Race promotion fees also tend to be higher in Asia, which makes the area attractive — along with a largely untapped fan base.

In a four-year cycle, F1 generates more revenue than FIFA or the International Olympic Committee, which rely almost entirely on one-time showcase events.

Reports suggest Vietnamese promoters may pay between $50-60 million annually as a race fee, with those fees paid by the government. Bratches said 19 of 21 Formula One races are supported by government payments.

“The race promotion fee being derived from the government … is a model that has worked historically,” Bratches said.