Force India: We’ve sorted that out the correlation issues 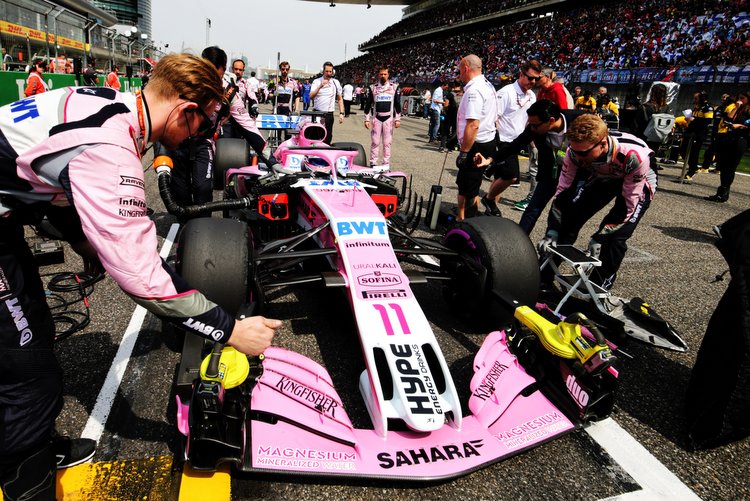 Last year Force India were the darlings of Formula 1, a true David versus Goliath story, best of the rest with one of the smallest budgets on the grid, their drivers Sergio Perez and Esteban Ocon the men to beat in the intense midpack battle.

But his year they have slipped down the pecking order, correlation issues between the factory and the race track pinpointed as the cause of their downward spiral.

Speaking ahead of the Azerbaijan Grand Prix weekend, deputy team chief revealed to Racer, “We brought some parts to Bahrain which we couldn’t use because we had a correlation issue and we needed to get that baseline back in place.”

“That’s what we’ve done. So I think what will happen is the parts that were brought to Bahrain will be reintroduced later on as we can develop the correlation bit that we lost out on.

“It’s constantly improving but we’re going to have to go back now and feed the data back in to CFD and wind tunnel so that we can correlate track, CFD and wind tunnel. We’ve had a miscommunication but I think now we’ve sorted that out.”

A clear admission that the team are on the back-foot at this stage of the season, but Fernley insists that the setback will not delay their upgrades during the course of the season, “No, no. We’ve just got to tweak it a bit, so no real delay to anything.”

Last year in Baku, the team were only bettered by the Big Three, and at one point during the chaotic race a podium or two looked possible for the team but a ‘civil war’ between their drivers on the day scuppered their chances.

Fernley acknowledges that the Pinks have dropped down the order and this time out it will be tough for a repeat performance, “I don’t think we’re there yet to be fighting for fourth in Baku, but I think we’re realistically fighting about the sixth-quickest team at the moment. That’s where I would see it today.”

Force India are not the only Mercedes powered outfit to feel the heat from their rivals. The Silver Arrows appear to have lost the edge at the sharp end of proceedings, while Williams have been in freefall and now battle with Sauber for the wooden spoon.

Fernley reasoned, “The thing is what’s happening at the moment is probably the most consistent program has been Renault. They’re constantly there.”

“The other person that keeps coming through is [Fernando] Alonso in terms of race points – not necessarily qualifying but he keeps it clean and he’s come through.”

“So I think if you look at the haul of points that they’ve got, the teams like Toro Rosso and Haas are a bit up and down like us.”

“I think with all due respect, Renault are nailing it at the moment in terms of doing a good job. They are very consistent across the board,” added Fernley.