Abiteboul: There is absolutely no shortage of spare parts 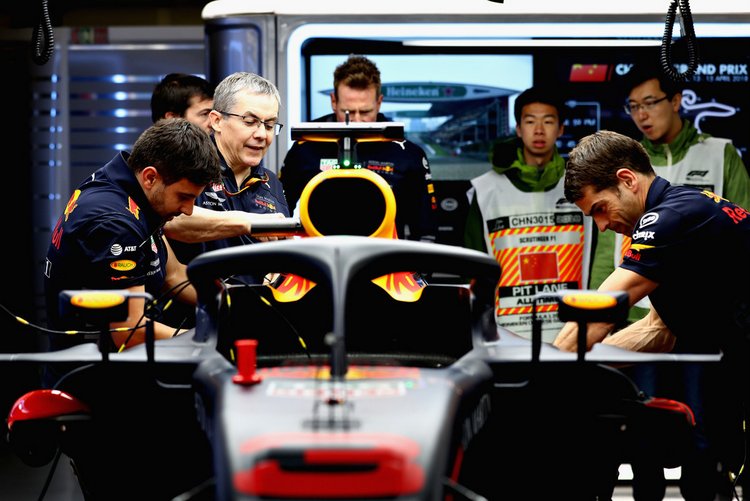 The Red Bull crew were universally praised for getting Daniel Ricciardo into qualifying less than two hours after the Renault engine went up in smoke during FP3 during the Chinese Grand Prix weekend, but behind the scenes, it was not all plain sailing.

While praising the remarkable work by his team, Red Bull team chief Christian Horner suggested at the time that Renault’s spares bin was lacking, “They took only an hour to get an engine that wasn’t fully dressed, to get that turned around and on the car and get it out of the garage with just 45 seconds prior to the cut off.”

But Renault chief Cyril Abiteboul insisted, “No, there is absolutely no shortage.”

“No, no, no. We are just making sure to have the best parts available when we fit an engine into a chassis. Let’s be clear, we were not expecting to have any particular problems at this point of the season.”

“That’s why sometimes it requires a bit of juggling around between the different customer teams, but we have done that precisely to make sure he had the best hardware currently available.”

A day later, Daniel Ricciardo went on to score an unlikely victory for the team, the first for Renault this season.

Abiteboul also revealed that Renault powered drivers were able to employ a qualifying mode of sorts in Shanghai, “There was a step but it’s more in qualifying than in the race. So that’s something that maybe helped everyone on Saturday.”

“But that’s not in the race. The improvement in race trim will come a bit later in the season, in particular with power unit number two.”

Asked when Renault powered teams can expect the roll-out of the second edition of the current power unit, Abiteboul responded, “As late as possible. Equally, I want some performance as soon as possible but obviously with the sporting regulations you want to introduce your power unit number two as late as possible.”

“Before that, we will be able to talk a little bit more about fuel and these types of things because you can change fuel so that maybe coming a bit earlier than that,” explained the Renault F1 boss.