Renault: We are disappointed we are not further up 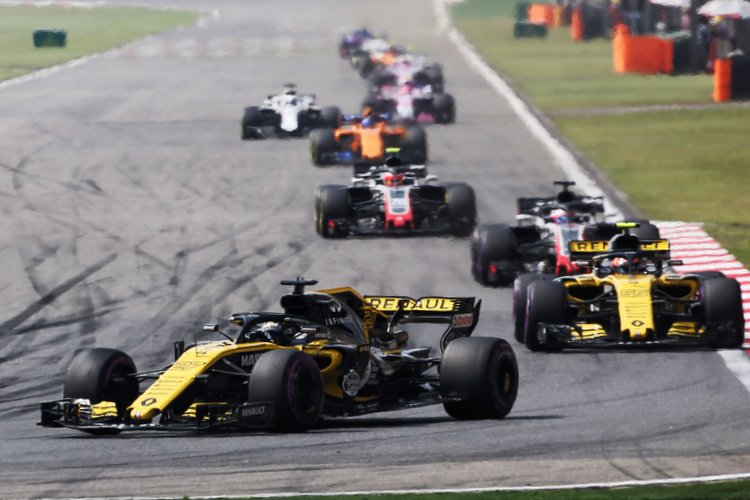 Renault chief technical officer Bob Bell has admitted that his team are disappointed that they are not closer to the trio of Formula 1’s big teams after the first three races of the 2018 season.

Bell said in an interview with Racer, “I would say we are disappointed we are not further up. We had hoped to take a bit more lap time out of the top three teams over the winter and we haven’t. If anything they might have moved further ahead, so we are a little bit disappointed about that.”

Renault’s works team are up against customer teams Red Bul and McLaren, and although they are up on the Woking outfit they still lag behind the energy drinks team.

Nico Hulkenberg has led the Renault charge during qualifying, on all three occasions outqualifying his teammate Carlos Sainz.

But in qualifying, with everything dialled up to the max, Renault have been strong relative to where they were last year. Their drivers making it into Q3 in all three qualifying sessions so far this year, but they still lag in outright pace compared to Red Bull who have set the benchmark for Renault powered teams.

The difference between the best Red Bull driver and the best Renault driver during the season-opening qualifying in Melbourne was 1.6 seconds. In Bahrain, the deficit was 1.172 while a week later in China the gap was about three-quarters of a second.

In terms of race pace, the Red Bulls also have the edge, the RB14 is kinder to its tyres than the RS18, and as a result, Ricciardo has a victory to his name while Hulkenberg’s best are a couple of sixth place finishes in Bahrain and China.

The upside for the French team is that they have the edge over McLaren, who joined the Renault-powered brigade this season but have yet to find the sweet-spot with their car. Nevertheless, Bell is wary of what the Woking outfit may be capable of as they sort out their package.

Bell added, “I think we are reasonably pleased with how we have positioned ourselves to McLaren – which we were very worried about when they came on board with the [same] engine – but clearly Toro Rosso and Haas have done a great job over the winter and are making life very difficult for us.”

“We had hoped to be a little bit further ahead at the start but this isn’t an exact science and we know we can do a good development job in season,” admitted Bell.

Big Question: Can Renault close the gap to Red Bull this season?