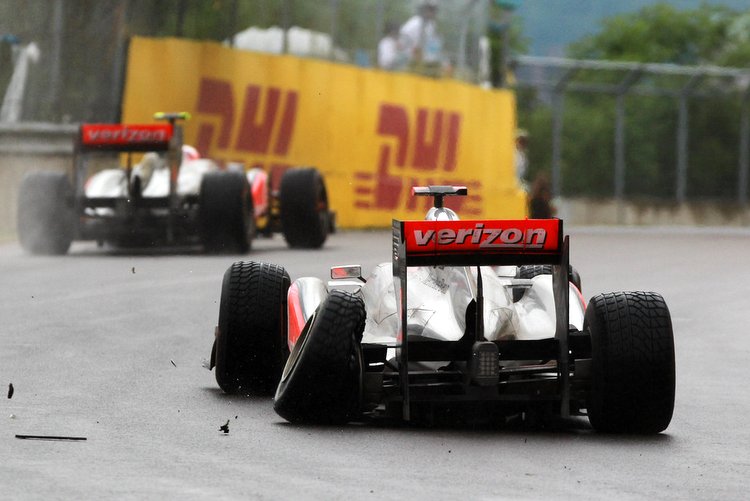 In the wake of Max Verstappen’s high-profile antics during the Chinese Grand Prix, it is fitting to note that most of the great Formula 1 drivers, at one point or another in their careers were embroiled in controversial moments that exasperated their rivals and resulted in widespread criticism.

Ayrton Senna and Michael Schumacher were no saints during their illustrious careers, particularly in their early days when they were establishing themselves at the pinnacle of the sport. Controversy invariably stalked the two great drivers who seldom, if ever, admitted their shortcomings.

Even of the current generation, the likes of Sebastian Vettel and Lewis Hamilton were also ‘sinners’ when it came to barging into rivals and even teammates as they established themselves as legends that they have now become.

Most recently Hamilton and Verstappen have twice gone wheel-to-wheel during the past couple of races. In Bahrain, the pair collided with DNF consequences for the Red Bull driver while the Mercedes driver survived.

A week later, during the Chinese Grand Prix, the pair were at it again going wheel-to-wheel during the race, with Verstappen forced to take avoiding action after attempting a very ambitious move around the outside of the Mercedes driver.

The Dutchman then clattered into Vettel, ruining the Ferrari driver’s race and arguably costing himself victory which instead went to his teammate Daniel Ricciardo.

Criticism of Verstappen’s actions, which resulted in a penalty by the FIA race stewards for his actions, has since flowed with little mercy for the young Dutchman.

Rewind to Hamilton’s own summer of madness during the 2011 season – his fourth year in Formula 1 – in which he outraged several of his rivals with his aggressive tactics and was universally criticised at the time.

The rot began at the Malaysian Grand Prix that year when the Englishman, already a one-time F1 World Champion, was driving for McLaren.

During the race in Shanghai, Hamilton was battling with Fernando Alonso (Ferrari) when the pair made contact and resulted in bits of his front wing flying off his car.

A stewards’ investigated the pair and deemed that Hamilton while trying to fend off Alonso in a battle for third place, made more than one change of direction in his defending. Both drivers were penalised 20 seconds, Hamilton relegated to eighth.

A month later he failed to slow down for yellow flags during the Spanish Grand Prix, and then he headed to Monaco where matters worsened.

Hamilton’s attempts to pass Felipe Massa (Ferrari) and the Venezuelan rookie Pastor Maldonado (Williams) both ended in crashes for his rivals, for which he received drive-through penalties.

After the race at the Principality, he slammed the stewards and described Massa and Maldonado as “an absolute frickin’ joke” before making the infamous Ali G quip: “Maybe it’s because I’m black? That’s what Ali G says. I dunno.”

Later Hamilton cooled down and wrote on Twitter: “Hey guys. I wanted to apologise 4 last weekends performance & also my comments after, I never meant to offend no1. I would also like to say thank u 2 everyone on here, 4 their positive messages & also 2 the angry messages. I can respect them both.”

“2 Massa & Maldonado, with the greatest respect I apologise if I offended u. Both of u r fantastic drivers who I regard highly. 2 my fans lost & my fans won, I wish u nothing but love & happiness. God Bless u. Onwards & upwards, Montreal next. Lewis.”

Roll on Canada. Again the Briton was in the wars during the race in Montreal which we began behind the safety car thanks to treacherous conditions over Ile Notre Dame.

When the field was unleashed Hamilton tagged the rear of Mark Webber’s Red Bull as they powered through the first corner – dropping the drivers to seventh and fourteenth respectively.

An impatient Hamilton attacked on the pit straight, aiming for a rapidly narrowing gap between the wall and Button’s car. It was ambitious and in the end, failed as Hamilton tagged the wall and brought an end to his race.

The consensus at the time was that patience by the latter might have been rewarded differently, although it must be noted that Button apologised for not seeing his teammate behind him and went on to win after what many believe was his greatest drive, while his teammate watched from the McLaren pit garage.

Hamilton acknowledged after the race, “Yeah my fault entirely, I was in the wrong place really at the wrong time, and that’s it. We’re good teammates, I think.”

Nevertheless, criticism flowed mercilessly in the wake of that race. Critic in chief was none other than Hamilton’s current boss at Mercedes, Niki Lauda who said after the race, “What Hamilton did there goes beyond all boundaries. He is completely mad.”

“If the FIA does not punish him, I do not understand the world anymore. At some point, there has to be an end to all the jokes. You cannot drive like this – as it will result in someone getting killed,” fumed Lauda.

In the wake of his apology and the subsequent storm of criticism, Hamilton was unrepentant, “In all honesty, I will never stop racing the way I do. It’s the way I do it. That’s what got me here; it is the way I am. I don’t do it to offend people or to hurt anyone. I do it because I love racing. I feel like I can do it better than others.”

“I am here to race and win. If I have to lose that passion, it would blow all the racing. If it ever comes to a stage where I had to pull back, drive for a fourth or fifth place and just cruise around, it would not excite me and I probably wouldn’t stay around for that.”

“You know what, I think you make your own luck. Onwards and upwards. Go to the next one and try to stay out-of-trouble. It would be great if we could qualify a little bit higher and try to avoid these sorts of situations, but that’s the way it is,” added the man who has since then gone on to win three F1 world titles.

Any of this sound familiar?