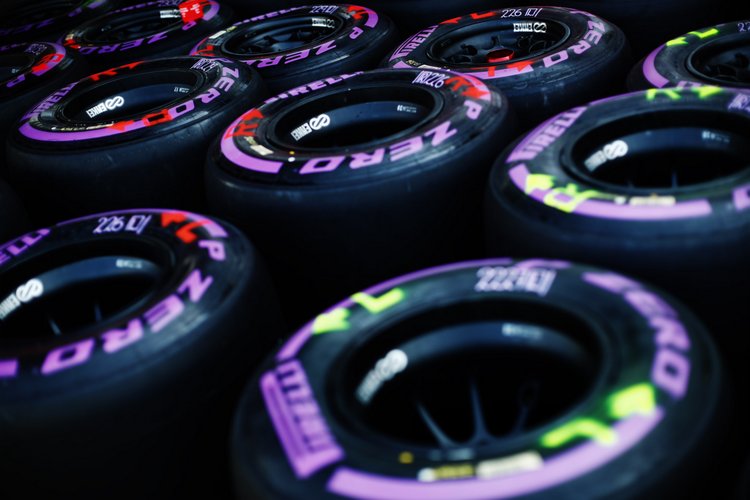 Pirelli have released a summary of tyres chosen by teams and drivers for the Azerbaijan Grand Prix weekend, Round 4 of the 2018 Formula 1 World Championship, at Baku City Circuit.

Of the top three teams, Ferrari drivers have opted for the more aggressive collection of rubber for the three days in Baku with championship leader Sebastian Vettel opting and Kimi Raikkonen opting for ten sets of the purple band Ultrasoft tyres. The pair differing in that Vettel has also two sets of Supersofts and one set of Softs at his disposal, while Raikkonen has two sets of Softs and one set of Supersofts to work with.

Red Bull drivers Max Verstappen and Chinese Grand Prix winner Daniel Ricciardo will have the exact same allocation in their garage, the pair choosing eight sets of the purple band tyres, three sets of the reds and two sets of yellow.

Lewis Hamilton and Valtteri Bottas each have nine sets of the Ultras, with the Briton opting for two sets of reds and two sets of Softs while the Finn has chosen three red sets and one yellow set. 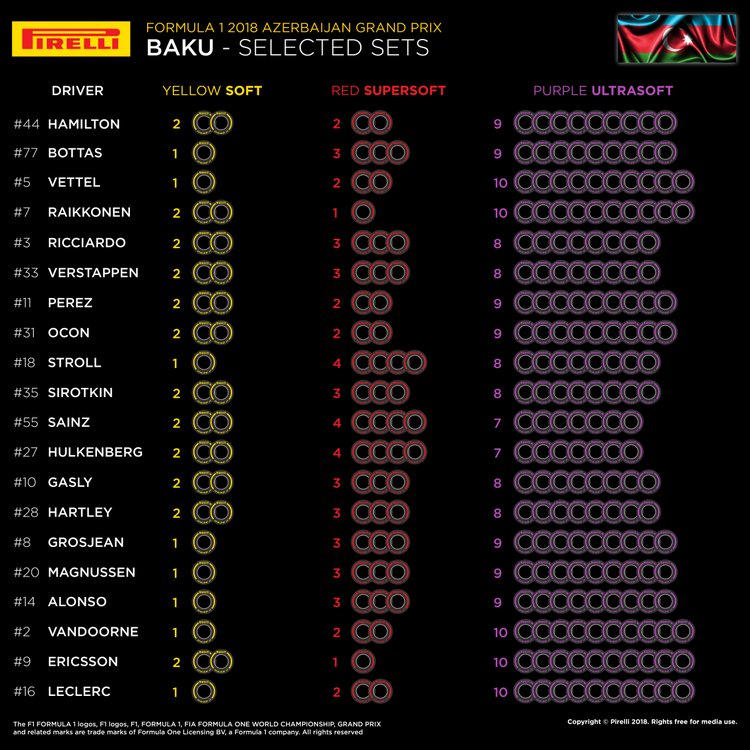