Ricciardo: The window of optimism reduces over time 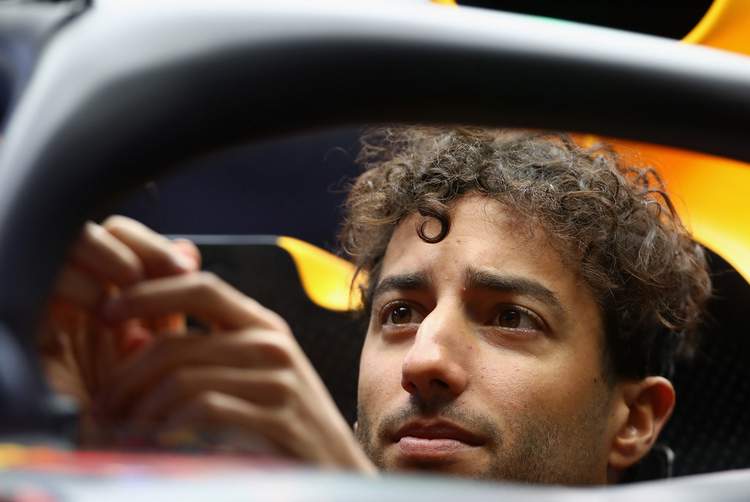 Red Bull driver Daniel Ricciardo is losing faith in Renault’s reliability after the Australian nearly missed out on Chinese Grand Prix qualifying due to an engine failure in final practice.

“I’ll never give up hope but for sure the window of optimism reduces over time,” said the 28-year-old, who retired from the previous race in Bahrain with an energy store problem in the power unit.

Red Bull use Renault engines that the team has badgedTag Heuer after their sponsor.

The French manufacturer has had a hard time coming to terms with the 1.6 litre V6 turbo-hybrid power units introduced at the start of 2014 and, five years in still lags Mercedes and Ferrari.

Either Ricciardo or team-mate Max Verstappen failed to finish in 13 of the 20 races last year, winning three.

Red Bull went into the season hoping to fight Mercedes and Ferrari for the title and a lack of reliability could prove costly with each driver limited to just three power units and only two energy stores.

The former champions, who won four consecutive drivers’ and constructors’ titles with Renault between 2010 and 2013, have been vocal in their criticism of Renault in the current turbo-hybrid era.

They are also evaluating a switch to Honda, now partnering Red Bull-owned Toro Rosso after three dismal years with McLaren, for next year.

The Japanese manufacturer has shown much-improved reliability, even if the engines are still down on power compared to Renault.

Ricciardo is out of contract at the end of this year and weighing his options,

“We’ll assess it after a few more races, we’ll see how we’re travelling,” replied the Australian when asked how much of a role a different engine would play in his considerations.

Ricciardo halted during Saturday’s practice with his car belching smoke and fire. With only two hours between practice and the start of qualifying, his mechanics worked a miracle to get him out in the dying minutes of the opening phase.

He will line up sixth on Sunday, alongside Verstappen who also complained of his engine’s lack of power during qualifying, and is hopeful of fighting Mercedes for the podium.

“Ferrari has had really good pace all weekend and I can’t say honestly now that we’re going to have their pace tomorrow but Mercedes definitely look within reach,” said Ricciardo. “To my mind there’s still a spot up on the podium for grabs so we’ll try and aim for that.”