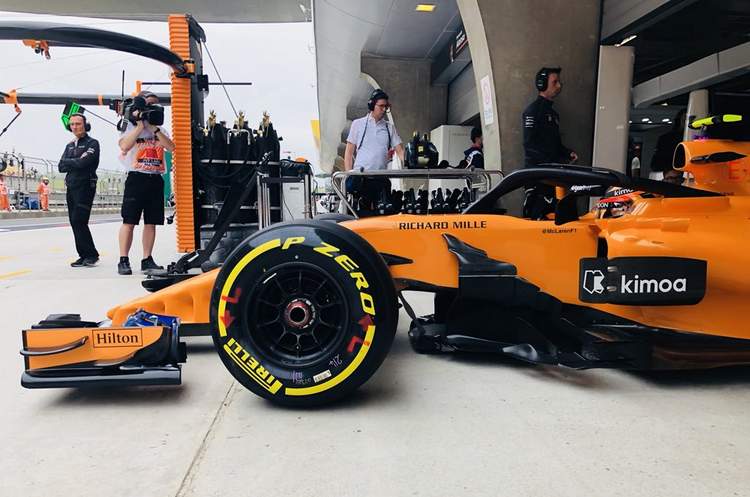 McLaren have been fined €5,000 after the Formula 1 team’s Belgian driver Stoffel Vandoorne was released from the pits with a loose wheel during Friday’s Chinese Grand Prix practice.

Vandoorne brought his McLaren to a halt in the closing stages of the second 90-minute session,

“I need to stop the car, the tyre is not on,” reported the 26-year-old before climbing out and helping marshals push his car to safety.

Stewards found that McLaren had released Vandoorne from the pits in an unsafe condition. They decided to limit the punishment to a fine, however, with Vandoorne escaping a grid penalty because he had stopped the car in a safe manner.

“Consistent with previous decisions of a similar nature, the stewards decided that the grid place penalty…would not be applied as the driver took all appropriate actions at the first available opportunity,” stewards said in a statement.

Vandoorne’s case was the latest in a series of incidents of drivers being released from the pits with loose wheels on their cars.

The Finn was sent out with a loose wheel in second practice at Sakhir and his car hit a mechanic, who suffered a broken leg, during a race pitstop when given the signal to go while one rear wheel was still unchanged.

Haas drivers Romain Grosjean and Kevin Magnussen were both forced to retire from the season-opening Australian Grand Prix while on course for the team’s best finish due to wheels not having been fitted properly. The American team were fined 5,000 euros for each incident.

The governing FIA’s race director Charlie Whiting expressed concern after Bahrain at the number of such incidents this season.

“It’s looking less and less like a coincidence but the two incidences in Melbourne were quite clearly wheelgun operator error,” he told the Formula One website (www.formula1.com).

“They cross-threaded the nuts and thought it was tight, came off and then realised a little too late it wasn’t. (In Bahrain) the guy hadn’t even taken the wheel off, which is slightly perplexing.”