Marko: The McLaren cannot be as great as they claim 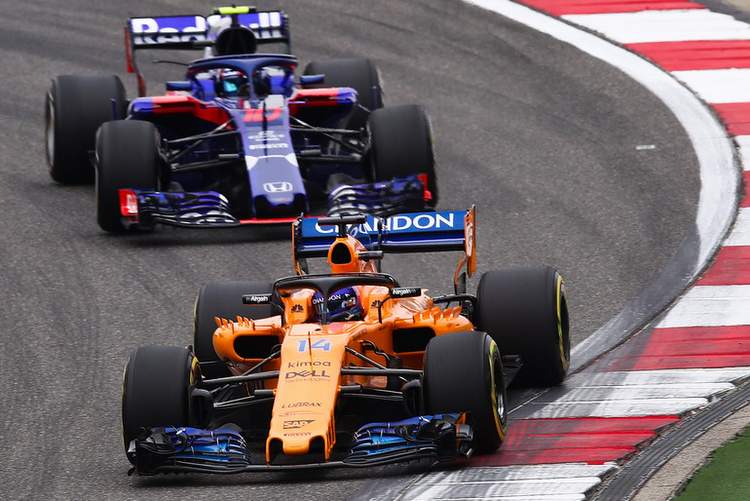 Last year McLaren convinced themselves and anyone who would listen that their chassis was the best on the grid, according to them only their below-par Honda engines prevented a higher level of performance and as a ‘remedy’ the team’s management decided to ditch the Japanese manufacturer for customer Renault power.

As the solo Honda-powered team it was impossible to verify McLaren’s claims which they concocted from GPS data captured at races last year.

This season they have Red Bull and Renault teams as benchmarks to compare themselves to and right now what we see does not compute with McLaren’s claims and expectations. Afterall this is the team that brazenly declared they were targeting the energy drinks outfit this season.

Red Bull’s Helmut Marko has seized on the opportunity to take a stab at the plight of the Woking outfit, claiming they are slowest of the Renault powered brigade and he believes they erred in their decision to ditch Honda.

Marko told Auto Motor und Sport in Shanghai, “Mister Alonso said he wanted to attack and be on the same level as Red Bull, but he is behind our Toro Rosso.”

“The McLaren cannot be as great as they claim and now it is made clear that it was not just the Honda engine that made them slow – they are still slowest on the straight and this time with Renault power.”

The Red Bull organisation are emerging as the biggest winners in the engine musical chairs which saw McLaren bin Honda, while Toro Rosso were happy to get rid of Renault and bolt on the Japanese power units to their cars instead.

Increasingly, in the light of testing and the first two races, the consensus in the paddock is that McLaren’s management made a colossal mistake in their desperation to be competitive again.

If anything, Honda have the resources to make things right and, perhaps more importantly, senior management is intent on redemption at almost any cost to save face after the McLaren partnership debacle in which the Japanese giant was on the wrong end of non-stop criticism, with the critic in chief being McLaren star Fernando Alonso.

There is also the no small matter of the substantial millions in funding that McLaren will no longer receive from Honda. Perhaps another year of patience may have indeed heralded another golden era for McLaren…

Red Bull management are now betting on the Japanese manufacturer upping their game and become serious challengers to Mercedes and Ferrari, at which point they will be able to terminate their fractious association with Renault and ultimately also acquire Honda power for their senior team.

Needless to say, Marko was smiling broadly when Pierre Gasly finished fourth at the Bahrain Grand Prix, beating both McLaren’s, and securing the best result for Honda since their return to the sport in 2015 – this in only the second race of their partnership with Toro Rosso.

“[McLaren] not only lost a Formula 1 engine that is getting better and better with every outing, they also gave up a lot of money that was going their way for using it,” explained Marko.

Only time will tell who made the right call, meanwhile, for neutrals among F1 fans the McLaren versus Toro Rosso saga is an enthralling sideshow that will run throughout this season (maybe longer!) while for McLaren fans the pain remains.