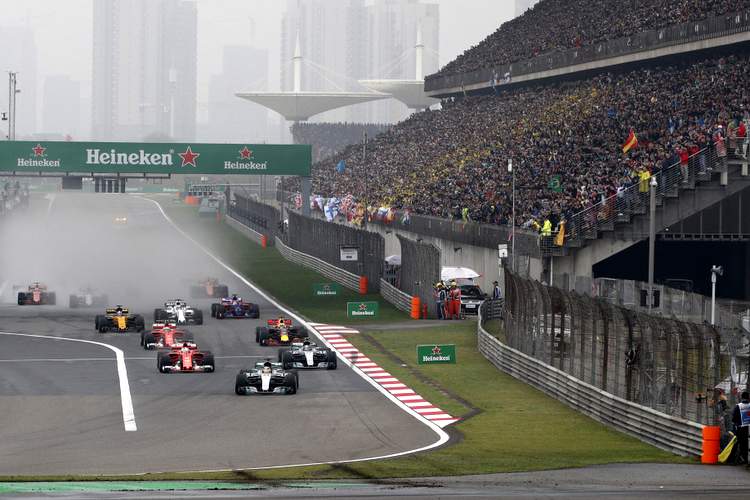 Formula 1 is in talks with potential Chinese partners to set up a new local venture, four sources have told Reuters, which would help it push deeper into the huge but still nascent China market.

Liberty Media Corp, which took control of Formula one in January last year, had spoken with Chinese firms including Inter Milan owner Suning and La Liga rights holder DDMC to form a joint venture that would help manage business development in China, two of the sources said.

A third person said the search for a local Chinese partner was in the advanced stages but did not name any of the partners. A fourth person close to Formula 1 confirmed the talks over a China joint venture but said nothing has been finalised.

Liberty, who appointed Chase Carey to run Formula 1 , is driving a broader overhaul to reduce costs for teams and reignite the interest of fans with simpler rules and more high-octane overtaking.

An F1 spokesman confirmed the search for a local partner but gave no further details.

F1 has held a grand prix in Shanghai since 2004, with the circuit set to host the latest race on Sunday. There has been talk about China, which has yet to produce a Formula One racing driver, having two rounds of the championship in the future.

The sport announced in 2017 it was teaming up with marketing agency Lagardere Sports to build strategic partnerships in China from this year, aiming to raise the profile in a region it sees as having huge potential for growth.

Liberty has held talks with Wuhan DDMC Culture Co and Suning.com Co Ltd over setting up a joint venture to conduct business development and manage circuits in China. Liberty would keep media rights of the sport, the first source said.

The people said the talks were ongoing but that there were not yet any concrete agreements. Currently, the Shanghai race is operated by local company Juss Event Co Ltd.

DDMC, which also controls the Chinese television rights to the Premier League, England’s top soccer division, after a $500 million deal last year for local rival Super Sports Media, did not reply when contacted by Reuters.

Suning, one of China’s largest retailers which has been pushing into sports globally, declined to comment.

Since the takeover by Liberty, F1 has set up a marketing department for the first time and created a digital and over-the-top television strategy. The company is hoping to reach for greater support base in China.

China’s state broadcaster CCTV is broadcasting the grand prix in Shanghai this weekend, after a five-year hiatus, with a new long-term deal announced last month.

Formula One announced on Friday a deal with tech giant Tencent Holdings Ltd as well as Guangdong TV and Shanghai TV.

“The exposure across their array of platforms and the variety of audiovisual and data content they are so well placed to carry will further enhance our opportunity to address all demographics throughout China,” said Ian Holmes, Formula One’s director of media rights.

Earlier this month, F1’s commercial rights holders laid out plans for an overhaul of the sport from 2021 with cheaper and simpler power units, the implementation of a cost cap and a more balanced distribution of revenues.

Big Question: How important is it for Formula 1 to succeed in China?