Lowe: Two young drivers does not make our task easier 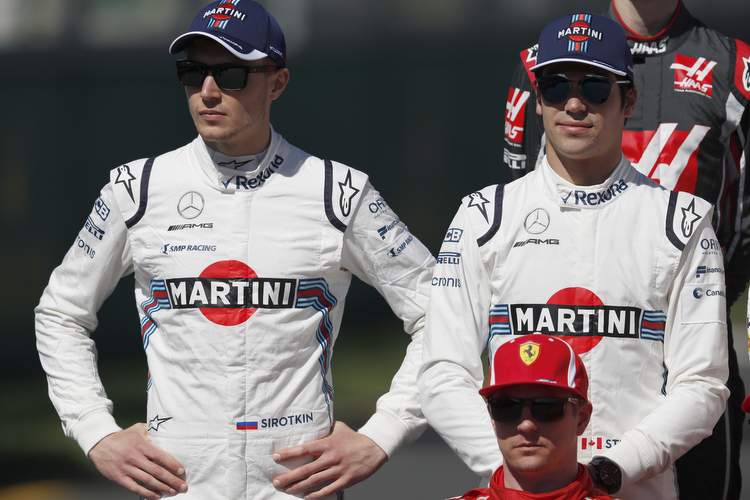 Even Paddy Loew is stumped by the underperformance of the Williams FW41, designed under his watch by former Ferrari engineer Dirk de Beer, which has simply not delivered and right now the team are not sure where exactly to start looking for the problem/s that have relegated them to bottom of the pecking order.

After way below par performances for the Grove outfit in the opening two races of the season, Lance Stroll said “we have the slowest car” and rookie teammate Sergey Sirotkin added, “we looked like idiots from outside.”

Ahead of the Chinese Grand Prix, Lowe was asked by reporters why the team was in such a state, he replied, “Everyone in the field has their problems, but we have bigger ones. The car was not as fast as we wanted during the winter tests.”

“Our data gave us good reason to believe that we would be in around sixth or seventh place. That’s why we’re surprised that Melbourne and especially Bahrain failed to confirm our expectations.”

Indeed Lowe seemed somewhat aloof in Bahrain, at one point in the paddock he was photographed, poker-faced and demure, listening to an animated Lawrence Stroll, who perhaps was asking what exactly is going on with the team in which he has invested a substantial amount of money to get his son on the F1 grid.

But Lowe cannot explain, “We do not understand why we have done so poorly on this track. At the moment we are not racing against others, but only against ourselves. We have to dig deep to find out what is slowing us down, even compared to Melbourne.”

Lowe also revealed that they have upgrades for the next three races, but the question is: Do their drivers have the ability to provide feedback so their team can try engineer their way out of this diabolical situation? Time will tell…

Ironically, right now the team and Stroll could do with the experience and know-how of Felipe Massa who the team ditched in favour of Sirotkin and the $15-million the Russian brought to the programme this year.

Stroll is 22 races into his Formula 1 career while Sirotkin has one real grand prix under his belt, on his debut in Melbourne he was out of the running after four laps, so that hardly counts as a race, hardly the pedigree to kick-start a turnaround.

Lowe added, “Two young drivers in the team does not make the task easier if the car does not perform.”

Asked if giving extra seat time to the team’s more experienced reserve Robert Kubica, for instance giving the Pole some outing in FP1, Lowe responded, “That would take away important track time away from Sergey, but he needs every kilometre.”

Which puts into perspective how unprepared rookies are to step up to the top flight, they simply do not have the mileage under their belts in Formula 1, a decade ago this would not have been a problem as testing was unrestricted.

But today with so little seat time for drivers, any loss of track time is a blow especially to rookies. Plus pay drivers have forked out big amounts of money to drive the car, therefore sitting out a session or two is hardly an option.

Lowe knows Williams need to come up with a solution very fast, “It would be wrong to become depressed now. Only if we work purposefully can we reverse the trend.”

What has caused this rapid downward trend for the third most successful team in F1 history? If they knew that then they would not be where they are now…