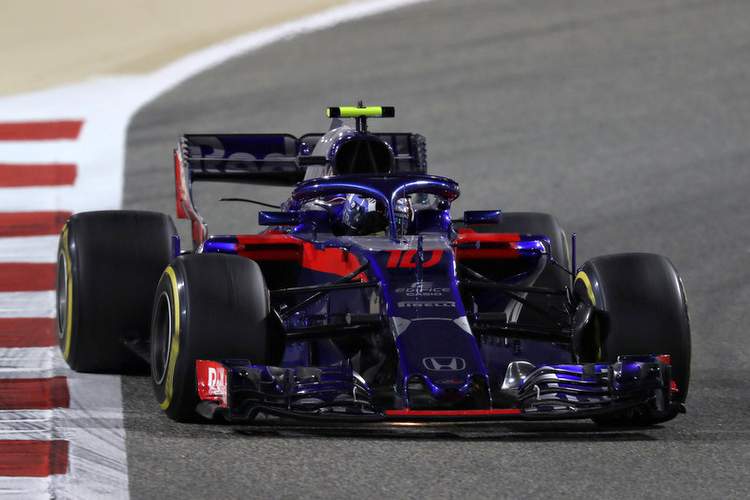 Pierre Gasly: “I have only been to the Shanghai International Circuit, in my role as reserve driver with Red Bull Racing, so this week will be the first time I actually get to drive on the track. It’s always exciting to discover a new place and a new circuit and this one looks like being a pretty cool one. Like most drivers, I use the Playstation and I love driving this circuit on it, so I can’t wait to do it for real. Those first two corners that seem to go on forever are particularly challenging. Usually, I don’t take long to learn a new track, so I hope that’s the case because getting on the pace as quickly as possible on Friday is always the key to a good weekend. I haven’t spent too much time in Shanghai yet – I’m always excited to explore new cities, it’s quite an interesting culture as well, so it’s nice to see different ways of living compared to what we are used to either in France or in Europe, even if Shanghai is famous for its “French Quarter” too!”

Brendon Hartley: “I have driven at the Chinese track a few times in the World Endurance Championship and we had quite a bit of success there in LMP1, with two wins and a second place and that’s always good for your confidence. The WEC races here lasted 6 Hours but split between three drivers that makes two hours each, so not that much different to an F1 race. I quite like the track, it’s very technical and very hard on tyres with such a long Turn 1 – where I think there’s 10 different options and lines, and there’s always some crazy passes on the inside, which is good for the driver and fun for the fans. Also entering the back straight, there’s a really long right-hander which is really hard on the front left tyre, so I think tyre management will be a bit of a discussion in China. Shanghai itself is a great city, very international, with a unique Chinese flavour, but seeing the sights will have to wait, as it’s going to be a very busy week, following on immediately after Bahrain.”