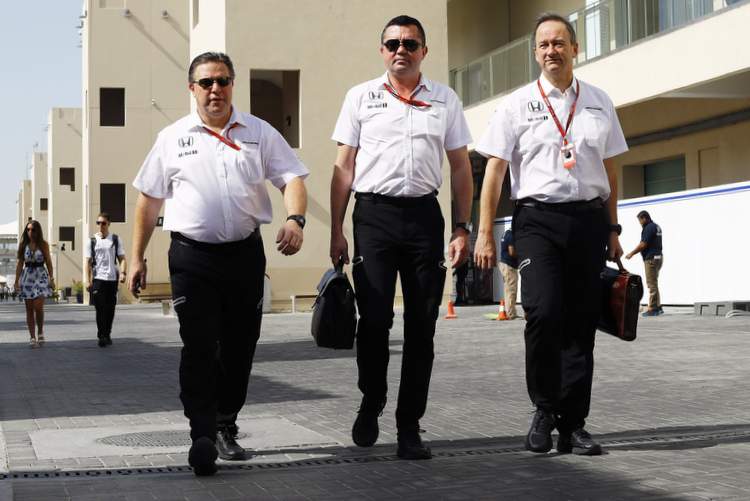 McLaren Group announced today that they have added a third division to the organisation which is now structured into three distinct operations: Applied Technologies, Automotive and Racing.

Zak Brown will be in charge of racing, with Eric Boullier as Racing Director reporting to him as will Chief Marketing Officer John Allert.

Following the merger of McLaren Automotive and McLaren Technology Group in July 2017 to enhance synergies, the McLaren Group has announced several further developments in the company’s operational structure to bring greater efficiency and simplification to the business.

Shaikh Mohammed bin Essa Al Khalifa, McLaren Group Executive Chairman, explained: “The work of the past year at a corporate level has been focused on structuring and positioning McLaren for growth.”

He continued: “These latest developments are a natural consequence of that work and are designed to bring greater simplicity and clarity to the structure and leadership of the group.”

The McLaren Group is now formed of three clear divisions: Applied Technologies, Automotive and Racing. Leadership of the business is simplified, with each division led by a CEO. The layer of McLaren Technology Group is being dissolved from the corporate structure.

The Executive Committee (ExCom), comprising Shaikh Mohammed and Mansour Ojjeh, will continue in its overseeing role.

Jonathan Neale becomes Chief Operating Officer of the McLaren Group. Zak Brown becomes CEO, McLaren Racing. Mike Flewitt continues as CEO, McLaren Automotive. A new CEO of McLaren Applied Technologies is being recruited and will be announced in due course.

In line with the group’s global vision as a leading sport and technology powerhouse, this structure underpins the McLaren Group’s scope for growth: for the brand, its products, services and operations.