Allison: We were too slow to recognise the threat 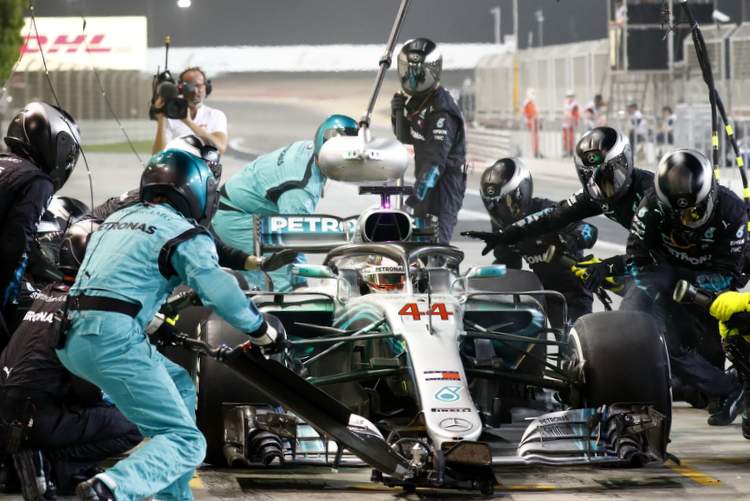 Mercedes technical director James Allison acknowledged that his team were caught out by Ferrari’s race strategy that allowed Sebastian to win the Bahrain Grand Prix, admitting his team erred in not reacting early enough to the Italian team’s bluff.

When Vettel emerged from his first pitstop with the yellow band Pirelli soft tyres the general expectation was that he would stop a second time later in the race. But as the race evolved Ferrari decided to keep Vettel out and risk the soft tyrs rather than relinquish the lead for a fresh tyre pitstop and chase thereafter.

It was a touch and go call and coupled to Vettel’s tenacity and mastery, he made the tyres last a staggering 39 laps.

By the time the penny dropped it was too late, although credit to Valtteri Bottas for giving chase. But his final stab at the lead was ineffective and Vettel bagged maximum points for his efforts.

In his Bahrain debrief Allison acknowledged,”Valtteri did manage to close in on Vettel, with three laps to go we were hard up against his bumper, but we were not quite good enough to get past him.”

“Probably if the race had been a lap or two longer would have been a different outcome. We left our charge a little bit too late and weren’t able to get the win.”

“We were probably a little too slow to recognise the threat that Sebastian was actually going to take those soft tyres all the way to the flag.”

“We could have guided him to push a little harder earlier, but Valtteri was putting down a very good lick even then and in the end when he finally caught Vettel he was giving it absolutely full beans,” we just ran out of road and not enough laps to get the race win.

“Had we been slightly quicker to react to it we would probably have kept more pressure on him in the laps, sort of 35 to 45 and we might have had a better outcome as a result. We expected him to stop again but he did very, very well in nursing those tyres all the way to the flag.”

Allison also revealed that with Hamilton starting from ninth was on a different strategy to teammate Bottas up in third. The Briton’s plan was to one stop, while the Finn was going for a two-stop race, but as the evening panned out the Mercedes pitwall opted to one stop both their cars.

It is refreshing that Mercedes give fans access to Allison’s honest debriefs that lay bare his team’s shortcomings and reading between the lines it’s apparent they see Bahrain as another missed opportunity.

At the same time the, Silver Arrows will be concerned that their strategy tools are leading them astray, because by their own admission they were outsmarted by Ferrari as they were two weeks earlier in Australia