Wolff: We had a 90 percent probability of winning 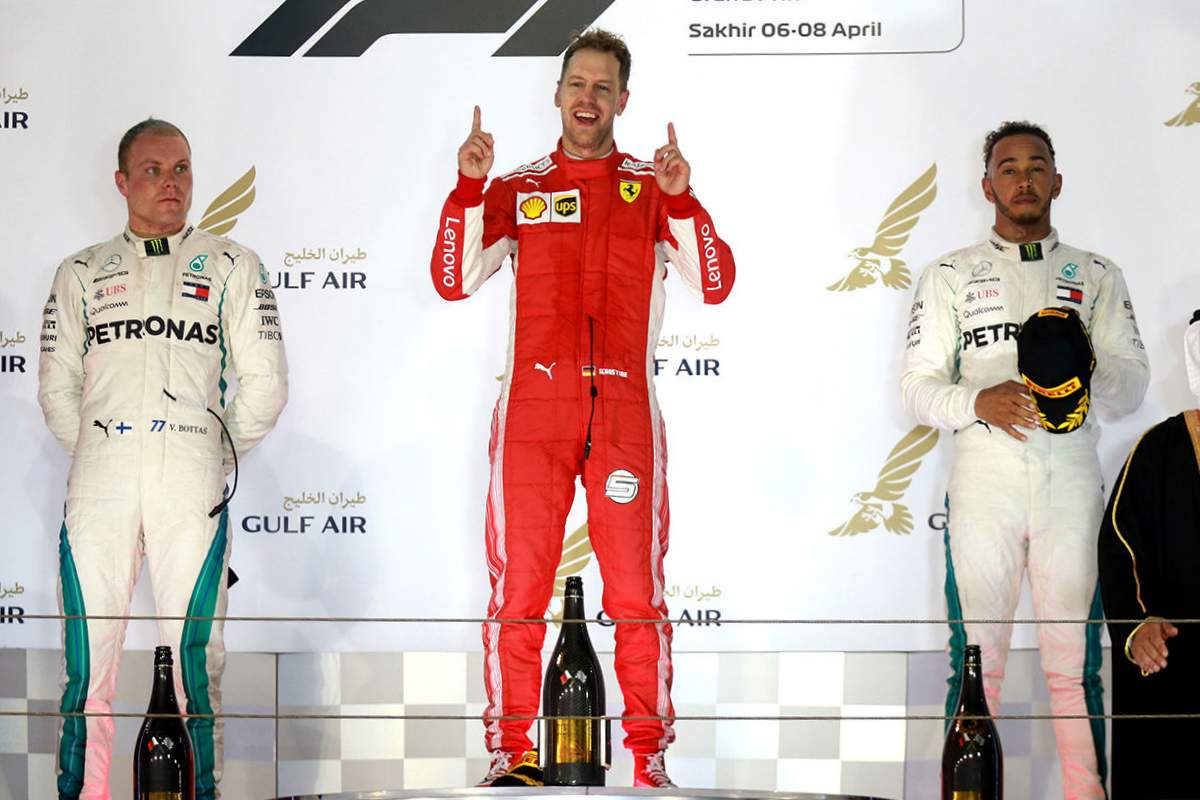 Mercedes chief Toto Wolff admits that his team was convinced they would win the Bahrain Grand Prix after they opted for a one-stop strategy by sending Valtteri Bottas and Lewis Hamilton out for a final stint on the medium Pirelli tyres.

At the time it seemed an inspired idea, but as the race evolved it became clear that Ferrari were prepared to gamble and risk Sebastian Vettel at the front on fast wearing out soft tyres.

When the penny dropped that Vettel had ditched his original two-stop plan to remain out until the end, Bottas got the hurry up and closed on the Ferrari rapidly but, in the end, it was too little too late.

Vettel triumphed, and for the second race in a row Ferrari out-strategised their rivals in red. Or perhaps another “algorithm problem” for the Silver Arrows to sort out.

Wolff admitted, “I [thought] we had won the race already after coming out on the medium behind Sebastian with a gap that we were able to close down, knowing that they would either need to stop once again or they would run out tyre if we were to push them.”

“This was the moment where I would say 90 percent probability was on us winning and we lost that.”

“We realised pretty early that the medium was a good tyre,” explained Wolff. “We saw that on Alonso and then we decided to try the medium and see how it would be on our car, still with the option of stopping twice.

“Valtteri immediately had very good pace so it was clear we could still make it to the end on the medium. But there was still a chance that Ferrari would do the same.

“This is taking big risks because at the end Vettel’s car was probably two seconds slower than Valtteri’s, so if it would have been one or two laps later he would have lost the race.”

“But ‘would be’ is not what counts, what counts is the race result and Sebastian and Ferrari won it very deservedly. They adapted to the situation,” conceded Wolff.

On that final lap, Bottas launched his attack too early at the end of the main straight. In retrospect, he will probably agree that a degree of patience and planning would have made the difference.

There would have been other opportunities later in that final lap. But after pulling the trigger too early he ran out of bullets and had to settle for a very close second place.

Wolff reflected, “What was interesting to see was that maybe the pace of the Ferrari was not as good as we expected yesterday.”

“They were fuel saving straight from the beginning which for sure cost them performance and, with Ricciardo not there anymore, our pace was solid. It was solid on the supersoft, actually. I think we would have probably been able to go a little quicker.”

“I don’t know whether Sebastian started to fuel save, Kimi [Raikkonen] was pretty early on, but if he was not at that stage we were at least on the same pace on the supersoft. On the medium, our pace was very satisfying but we obviously didn’t see that tyre on the Ferrari,” noted Wolff.

Big Question: Did Mercedes blunder again on strategy in Bahrain as they did in Australia?