Hamilton: I want to make Mercedes the most successful team in F1 history 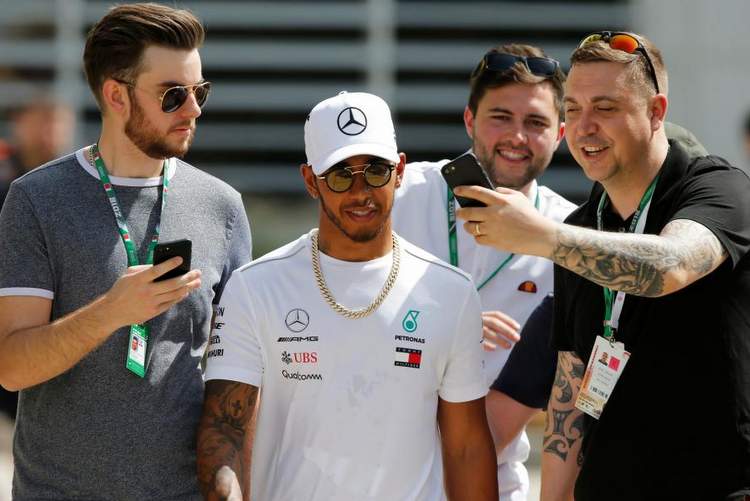 Amid unsubstantiated rumours that Lewis Hamilton is holding Mercedes to ransom over his next contract, the reigning Formula 1 world champion has all but confirmed that he will be staying with the Silver Arrows until the end of his career.

Hamilton is out of contract at the end of this year and although it is highly unlikely he will leave Mercedes for Ferrari – the only other team who could afford him – there has been speculation linking him to Maranello.

In the Bahrain paddock, it was suggested that Wolff has tried and failed to secure Max Verstappen or Sebastian Vettel as a back-up for a possible scenario without Hamilton in the world champion team. Hamilton supposedly got wind of this and has upped his original demands.

But in the wake of his third place at the Bahrain Grand Prix it has emerged that the Briton, in fact, wants to stay at Mercedes and make them the greatest team ever and annoy Ferrari in the process.

During a double interview, pairing Hamilton and Wolff face-to-face, the driver was asked what the future held for him.

Looking Wolff in the eye Hamilton said, “Hope for the future is that we continue to grow, excel and always moving forward and obviously to build our relationship. I really want to take this team the furtherest it has ever been, you know.”

“I want to be part of this Mercedes journey, to make it the most successful Formula 1 team in history. I want to push it as far as I can with a lifespan of a driver that I have so that it will take a long, long time for anyone to catch up.

“And I think that would really upset the red cars, the red team so that’s my goal,” the four times F1 world champion added with a grin.

Wolff added, “Same for me. It is an easy one. We have started to set the wheel in motion over the last four years where I take so much pleasure in working with you and the team in general that there is no other place I want to be. I take enjoyment of being in the factory and walking around.”

“Even at the races where there is a lot of pressure, it is a good place to be and I think we can build something that if we were to look back in 20 or 30 years we can say were part of a Silver Arrows era, a Mercedes era in Formula 1 that was the most successful.”

Hamilton then quipped with a smile, “Should we say some negative things now? This is like the nicest conversation… we don’t normally have these nice conversations. We are normally arguing about something or…”

“I am kidding,” Hamilton said with a laugh.

The 33-year-old is reportedly on the verge of extending his time with Mercedes for another three seasons in which he is expected to bank €50-million per year.

With regards to the records and stats, Hamilton is perhaps unaware that Ferrari have won 231 grand prix races, which Mercedes trail by 155 with 76 wins in the top flight. He would need a streak of winning every race for the next eight years to close that gap!