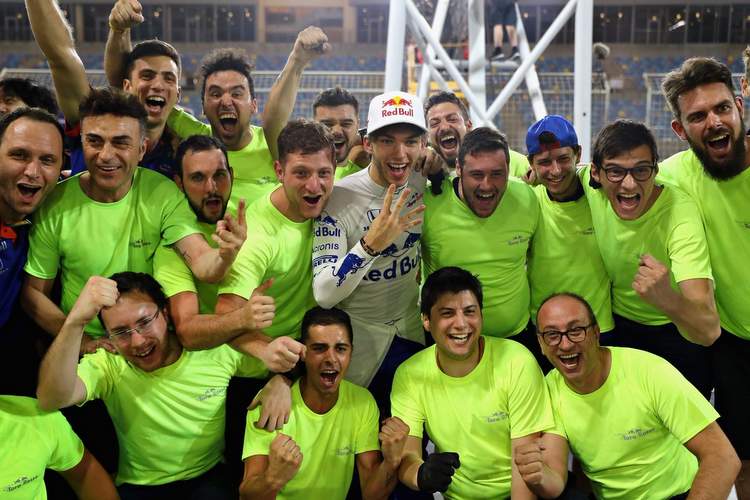 Toro Rosso driver Pierre Gasly saw his shares shoot up the charts after finishing fourth in a tense and action-packed Bahrain Grand Prix, providing a massive boost for Honda and Red Bull’s aspirations to seek an alternative power unit supplier to Renault.

Gasly impressed a day earlier in qualifying but went even better in the race, he said afterwards, “It’s unbelievable, sixth in qualifying and fourth in the race. We never expected something like this. I’m super happy, struggling to realise.”

“Big thanks to the team because the car was fantastic all weekend and today there was an opportunity and we had the car to take this. I don’t really know what to say. I’m just super happy.”

“Definitely we made a step this weekend. I don’t know if we will be as fast in other races. For now we just need to enjoy as it’s a great day for the team and for Honda and myself,” added Gasly.

The Frenchman finally able to show his true colours, while comprehensively outshining his highly rated teammate Brendon Hartley all weekend.

Team chief Franz Tost was impressed, “Pierre did a fantastic job. It all started on Friday, with really good lap times and very good technical feedback.”

“Then on Saturday, he qualified sixth and started fifth and in the race, he had a fantastic start, defending his position in the first corner and brought home the fourth place without any mistakes.”

“He controlled the race as if he had driven 100 races in Formula 1. It was extraordinary. It was a fantastic job today. I hope that this will only be the start,” added Tost.