Ricciardo: I’m hopeful of taking on the Ferraris 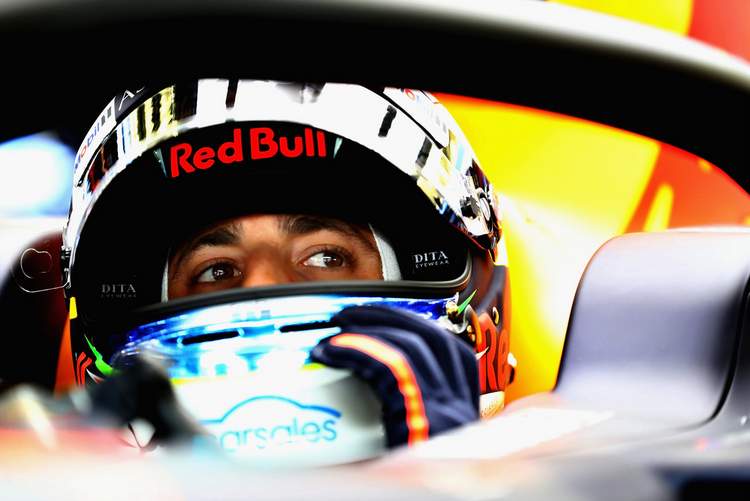 Daniel Ricciardo will start the Bahrain Grand Prix from fifth on the grid and although he did not have the firepower to make a claim for the front row of the grid he believes in the red Bull he has a car that can take the fight to Ferrari on Sunday.

“The lap was bits and pieces and there was probably a tenth left on the table,” admitted Ricciardo. “I think Lewis still had a couple of tenths on me. Frustratingly close but top five within four or five tenths is good for F1.”

“I’m always excited for the race. Yesterday our race pace didn’t look bad but our car wasn’t as good as it is now so I think our car will be even better. I’m hopeful of taking on the Ferraris. It’s not a long shot and it’s within reach,” added Ricciardo

Red Bull boss Christian Horner also fancies his team’s chances, “This track is one of the easiest venues to make a pass on. We will see Lewis doing his thing.”

“We have a really good race car and Daniel on the second row has got to be looking to take opportunities on that first lap,” added Horner.