Gasly: We didn’t expect it to be fair 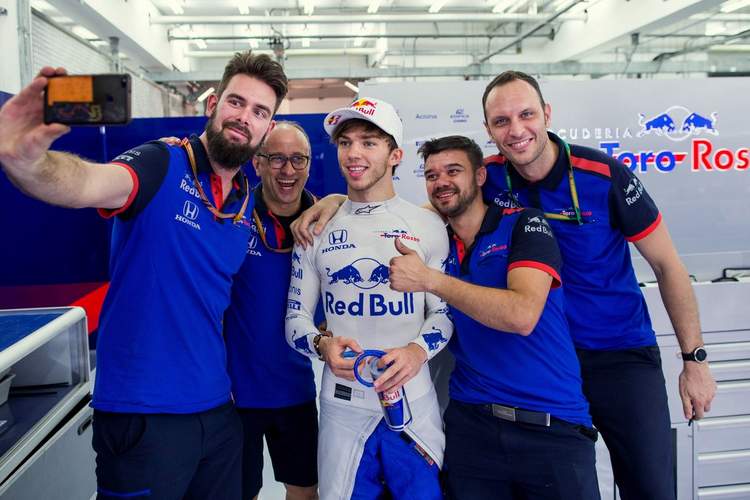 The biggest surprise to emerge from qualifying for the 2018 Bahrain Grand Prix was the performance of Toro Rosso rookie Pierre Gasly who will line up on the grid in fifth place for Sunday’s race at Sakhir.

After a problem packed season-opener Down Under, the Faenza outfit and their new engine suppliers Honda have bounced back as they rekindled some of the promise they showed in testing.

Aided by a new aero package and an upgraded power unit, Gasly surprised even himself, “We didn’t expect it to be fair. The car was fantastic since the beginning of the weekend. We saw that we had some good potential but to be P6 in qualifying is just amazing, so I’m really happy.”

“I think we need to go through the data to understand why we were so fast today, because we had small upgrades on the car, but it seems to work much better than what we expected.”

It was a good day for the Red Bull junior team as Gasly’s teammate Brendon Hartley ended the session 11th after hitting a bird in q2.

Notably, the pair were ahead of both McLaren drivers Stoffel Vandoorne and Fernando Alonso, the team that ditched Honda for Renault power in a hope to improve their plight.

Gasly continued, “I think in terms of pace in the long runs we are pretty okay in terms of degradation. We know that usually, it’s a bit tougher for us in the race with engine management and everything, but the car seems to work fantastically this weekend so we have a great opportunity to score our first points and I really hope that we are going to be able to make it happen tomorrow”

“Toro Rosso is doing an amazing job with Honda. No one expected us to be competitive at the beginning of the year and they seem to work pretty well between Italians and Japanese – and that’s good to see,” added the Frenchman.