Boullier: I’m astonished like all of us on the pit wall 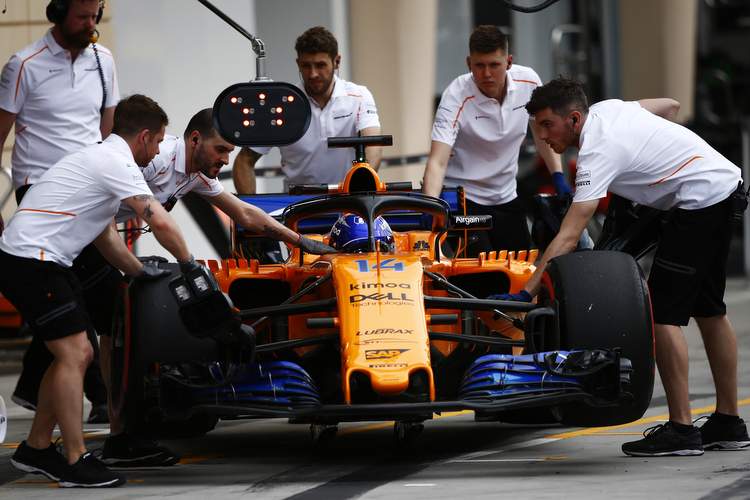 McLaren have fallen to earth with a big thud as qualifying for the Bahrain Grand Prix showed that the Woking outfit is eighth in the pecking order and most agonising for them is that both the orange cars were out-qualified by the Honda-powered Toro Rossos.

Fernando Alonso and Stoffel Vandoorne gave it their best shot, around the venue that is owned by McLaren’s owners, but despite Renault power were only good for 13th and 14th on the time sheets.

Afterwards, McLaren team chief Eric Boullier did not try to hide the disappointment, “There is a need for a big investigation. We need to find out what is going on.”

“We need to find out why and I am going to ask some questions to the factory. I’m astonished like all of us on the pit wall. We need to understand what happened.”

“We recognise that the teams around us often make a performance step on Saturday and this is something we must address.”

“However, we know that the race pace of our package tends to be more positive than our speed over one lap, and with a free choice of tyres we believe we can fight for points on Sunday,” added Boullier.

The performance at their ‘home’ race will be a big shock to all the team’s stakeholders and is likely to ramp up the pressure on Zak Brown and Boullier to get the house in order.

According to the script sold to management last year, Renault power would put McLaren in Red Bull orbit, thus prompting the decision to ditch a Honda deal that gave them works status as well as a reported $50-million paid annually into their coffers.

It was a big gamble and questions will now be asked if the gamble will pay off:

Ahead of this season, McLaren were bullish about their chances of matching Red Bull with equal engines, believing that they had one of the best chassis’ on the grid last year. But in truth, they had no benchmark to give credence to their claims.

Now with Red Bull as the pace-setting Renault powered outfit, the true worth of McLaren’s chassis and overall package can be ascertained and quantified.

Alas, the Bahrain qualifying stats do not make for pleasant reading for the team and their fans.

In Q2 Alonso’s best lap time of 1:30.212 was a massive 1.3 seconds slower than Daniel Ricciardo’s best time in the Red Bull at that point.

McLaren were in fact slowest of the three Renault powered teams on the day, with Nico Hulkenberg’s best time one second faster than Alonso’s best effort.

Boullier concluded, “Our pace in Australia was not a dream. It was real in the race and we know it will be better here tomorrow than the one-lap pace. But we need to find out why. We need to ask some questions at the factory.”

Trying times lie ahead for the sport’s second most successful team.