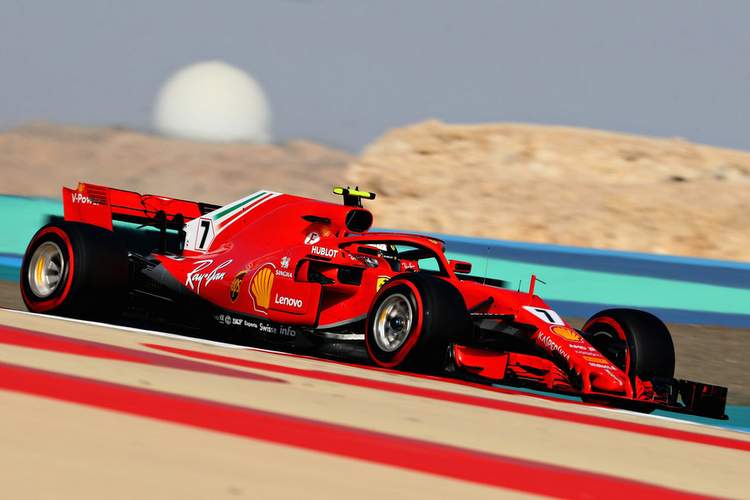 Kimi Raikkonen continued to set the pace at Sakhir, the Ferrari driver topping the timing screens at the end of the third and final free practice session ahead of qualifying for the Bahrain Grand Prix.

Raikkonen was the only driver to drop below the 90-second mark with a best lap time of 1:29.868, which was half a second up on the Red Bull duo of Max Verstappen and Daniel Ricciardo who were second and third respectively.

Fourth on the time-sheets was Lewis Hamilton in the Mercedes, albeit eight tenths off the top pace and driving with the knowledge that he will take a five-place grid drop due to a gearbox change. Valtteri Bottas was sixth fastest, a tenth off his teammate.

Not the start the Silver Arrows would have wanted at a race where they are seeking to avenge their unexpected defeat at the season opener in Melbourne. The sweet spot has eluded them so far this weekend.

Sebastian Vettel split the silver cars in fifth, surviving a barge-board working loose on his Ferrari early on in the session. The German never really got going and only did eight laps as the team sorted out issues with the SF71H.

Best of the rest, 1.3 seconds down on the top time was Nico Hulkenberg in seventh, fractionally up on his Renault teammate Carlos Sainz.

Both Honda powered Toro Rosso drivers had a positive session with Pierre Gasly ninth quickest and Brendon Hartley 11th, the pair split by Fernando Alonso who was 10th in the McLaren. 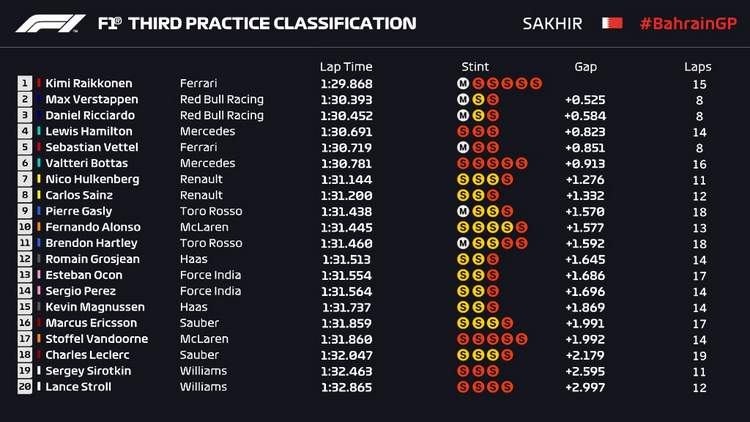