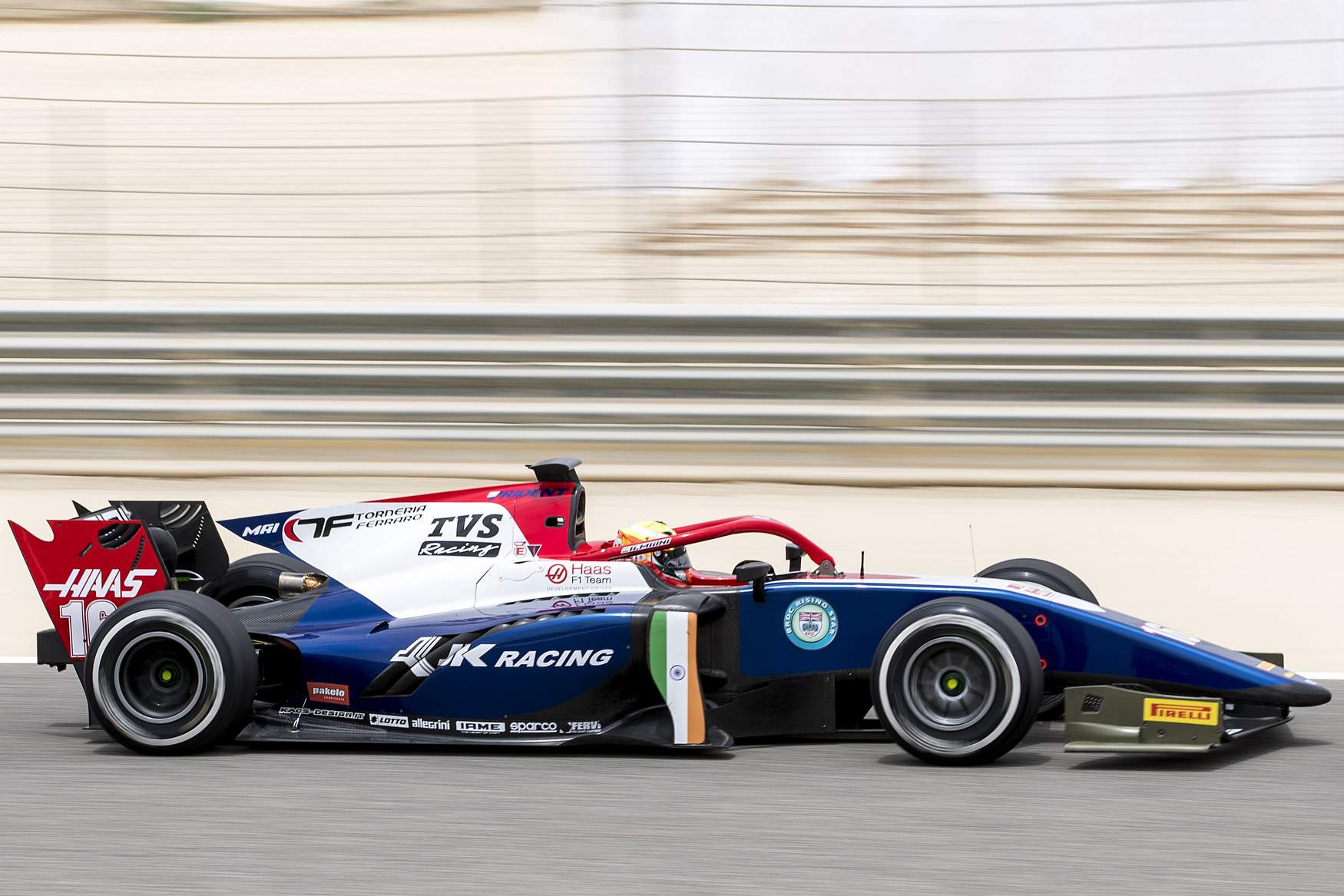 Indian driver Arjun Maini drew first blood in the first 2018 FIA Formula 2 Championship practice session at Sakhir, Bahrain, setting a 1:44.459 midway through the session to beat the Carlin duo of Lando Norris and Sergio Sette Camara to the quickest lap.

Warm and breezy conditions greeted the drivers on their first free practice session of the 2018 season, and most drivers needed to set installation laps in the opening five minutes of running to acclimatise. ART Grand Prix’s George Russell led an early flurry of activity out of the pits, while the first timed lap was courtesy of BWT Arden’s Maximilian Günther, which was given short shrift by teammate Nirei Fukuzumi.

Alexander Albon of DAMS was the first to wind the times below the two-minute mark, before Fukuzumi briefly re-emerged on top of the standings to bring the laps below the 1m50 mark. Albon then took almost five seconds out of the Arden driver’s lap, leading the way after the first 20 minutes.

The Carlin duo then struck, as Sette Camara pipped the Thai driver before Norris went quicker than his teammate by just 0.05s. Both were then put in the shade by Maini, who had languished at the bottom of the timesheets during the first half of the session. Setting the quickest first sector, the Haas F1 protégé grasped first position by half a tenth, which he would not relinquish for the remainder of the session.

The final five minutes were punctuated with a brief Virtual Safety Car test, allowing all teams to trial the new VSC functionality with the new car. Although the green flag returned for the final stages, nobody was able to improve on their lap times. Behind the top three, Albon stayed ahead of Russell for fourth, while Artem Markelov (Russian Time) was the last of the drivers within the 1m44s.

With the top 16 drivers all within a second, this evening’s qualifying promises to be incredibly close fought, especially with cooler conditions and option tyre running to contend with. 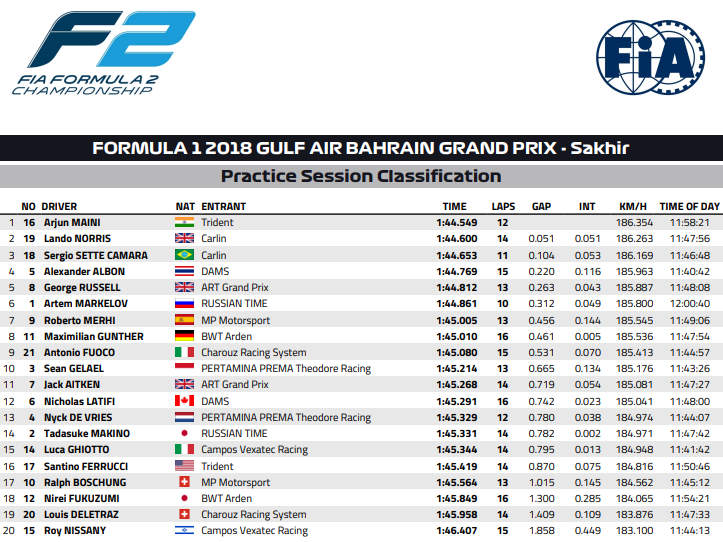