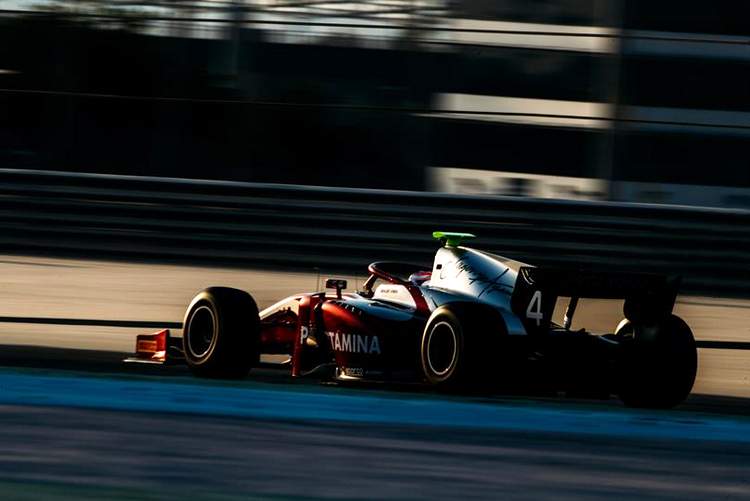 The FIA Formula 2 Championship returns to action this weekend for its second year, as the first round takes place at the Bahrain International Circuit in Sakhir, curtain-raiser to the Bahrain Grand Prix, to kick off the 2018 season.

This will be the first Formula 2 season with the brand new car, the F2 2018, which was conceived with the aim of better preparing drivers for contemporary Formula 1 whilst still retaining the characteristics required to provide fans with thrilling on-track action and great racing.

Last year’s Champion Charles Leclerc underlined F2’s position as the ultimate feeder series to F1 by stepping up to an immediate race seat, from which this year’s crop of young talents will draw inspiration as they seek to reach the pinnacle of international motorsport.

This year’s Formula 2 field is jam-packed with talent, and 2017 runner-up Artem Markelov returns for another bite at the cherry – along with fellow race-winners Nyck de Vries, Nicholas Latifi, Luca Ghiotto, Sergio Sette Camara and Antonio Fuoco.

Joining them is reigning GP3 Series winner George Russell, along with fellow “Class of 2017” graduates Jack Aitken, Nirei Fukuzumi and Arjun Maini, as they all prepare for battle with the goal of becoming the 2018 F2 Champion.

The teams and drivers return to Bahrain having completed a pre-season test at the venue two weeks ago. Rookie Maximilian Günther ended the test with the quickest time; the BWT Arden driver clocked in a 1:42.756 in the opening session of the final day, beating the benchmark set by Trident’s Arjun Maini in the previous morning.

With hot temperatures, Bahrain promises to deliver a challenging opening round for all the drivers, who will have to contend with plenty of tyre management – Pirelli providing the Soft and Medium compounds – and heavy braking zones. With the field proving to be close in testing, the first round of 2018 should be thrilling.

Note from Editor: After almost a decade of F1-only news, this site will now also provide coverage of Formula 2 because the time is right to do so.