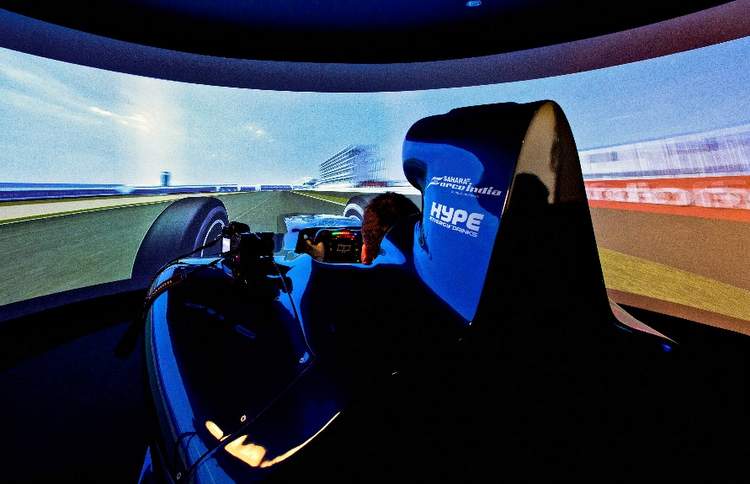 Press Release: The brand new Hype Energy eForce India team has been unveiled to coincide with the launch of the official F1 2018 esports championship.

Hype Energy eForce India will be run from the team’s HQ in Silverstone UK, with F1 team COO, Otmar Szafnauer, overseeing a newly established esports department committed to bringing the professionalism of ‘real’ F1 to its virtual equivalent – F1 esports.

The official partner of the team, Hype Energy, already has experience in esports through a long-term partnership with the Epsilon Esports team, who compete at the highest levels in CS.GO, Call of Duty and FIFA. Hype Energy eForce India will combine this experience with F1 expertise to give fans of both esports and motorsports a new way to engage with both worlds.

Hype Energy eForce India plans to launch a series of YouTube tutorials showing gamers how to use the knowledge, expertise and professionalism of an F1 team to improve their gaming skills. The series will be known as ‘Hype How To’ and will take gamers behind the scenes of an F1 team to show how performance is maximised in every area and how it could benefit even casual gamers.

Otmar Szafnauer of Hype Energy eForce India: “It’s great to see Formula One embracing esports and to be launching our very own esports team. It’s a new direction for the sport and will help us reach a new and younger audience. It’s a fantastic opportunity for our partner, Hype Energy, to increase its presence in esports and we share big ambitions for success in the digital world.”

Bertrand Gachot, CEO of Hype Energy: “F1 esports offers Hype energy the perfect crossover between two areas of passion for our customers. Hype is heavily committed to F1 through our team sponsorship of Sahara Force India and we are already involved in esports with our support of Epsilon Esports. The formation of Hype Energy eForce India will provide us with an exciting platform to show our customers and fans behind the scenes of both sports and the new intersection of where these two worlds now collide.”