Inside Line: Problem is it’s April Fools’ every day 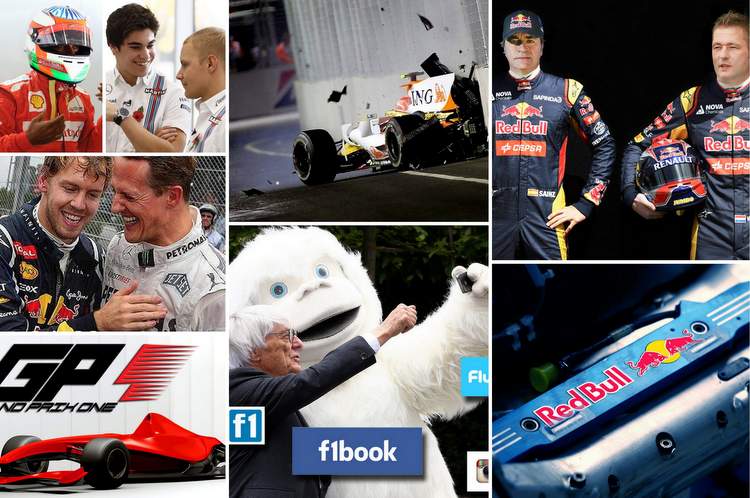 As has become a tradition here on GrandPrix247.com, we had our annual Formula 1 April Fool’s story to keep us entertained for that first day of this month.

Both tongue in cheek suggestions that have an eerie ring of possibility to them in this age of (dis)information and (fake) news.

Let’s face it a ‘rebel’ series could happen, and some in the paddock are very (yes, very) concerned about the future of Formula 1 and Bernie Ecclestone has been making far too many noises for an out-of-work hyperactive octogenarian.

Personally, I believe an alternative Formula 1 series won’t happen but instead, the threat of one is a bargaining chip that Ferrari and their allies are milking while bracing themselves to go head-to-head with Liberty Media regarding the future direction of the sport at the highest level.

Nevertheless, Bernie is always good for a laugh… or tears!

The ‘Stroll to replace Bottas’ story was irresistible because of the sheer audacity of buying a Formula 1 race seat with the best team on the grid.

Some say that Mercedes do not need and will not take on a pay driver. To be honest I am on the fence on that one.

Granted very few people on this planet have a $150-million to throw at a race team, but billionaire Lawrence Stroll does.

For me, it would be an intriguing dilemma (in real life) if Stroll senior did offer Mercedes, or Ferrari for that matter, so much cash that they are unable to refuse his boy getting the best toy on the grid. Simple, first team to say yes wins…

With billions in his bank account Lawrence could easily approach Niki and Toto, or Sergio and Maurizio, and offer $150-million to put his Lance on the grid with one of their cars – I would do it for my lad if I could.

No matter how big your team is $150-million packs a huge punch and no matter what team you are it is a sum and proposal that will, without doubt, be seriously considered if it ever happened.

Finally, you have to ask yourself the question: how much worse will Lance be than Valtteri in the Silver Arrows?

Sure Stroll is no Hamilton, but at 19 and enough money to stay in F1 forever he might just get good, on the other hand with Bottas you could ask: how much better is he going to get?

If you were Merc and had the two options below:

Which would you choose?

To the protagonists in our April Fool’s reportages (doubt they read this!)  Lance, Lawrence, Niki, Toto, Bernie – thank you for allowing your names to be used in vain!

On another related note, last week while pondering the direction to take with this year’s 1 April ‘reports’ I realised that these days every day appears to me like April Fool’s….

Switch on CNN, BBC, Sky and get updates on the dozen or so clowns that run this planet. Every day my jaw drops at the ‘news’ that is happening around the world. Proper April Fool’s on a daily basis, but the very the scary part is that it is all real news!

Even in Formula 1 we are not spared regular dosages of April Fool’s episodes, some that spring to mind include: algorithm failure, engine parity, replica cars, party mode, oil burning, princess dresses, no overtaking, Honda and of course the Halo whihc is probably the biggest 1 April joke of all time.

Bottom line is that these days you could do a great April Fool’s report every day… and many do!

So, my suggestion for future is that 1 April is a day set aside for when media outlets do not do fake news or clickbait and no one talks sh!t for those 24-hours.

Below are a collection of our April Fool’s reports:

Exclusive: Red Bull ditch Renault to use their own F1 V6 turbo engines from June onward

Grand Prix One™ is born to take on Formula 1

Stroll to replace Bottas at Mercedes starting in Bahrain

Fernando Alonso Racing to tackle F1 in 2021 with Toyota