Stroll to replace Bottas at Mercedes starting in Bahrain 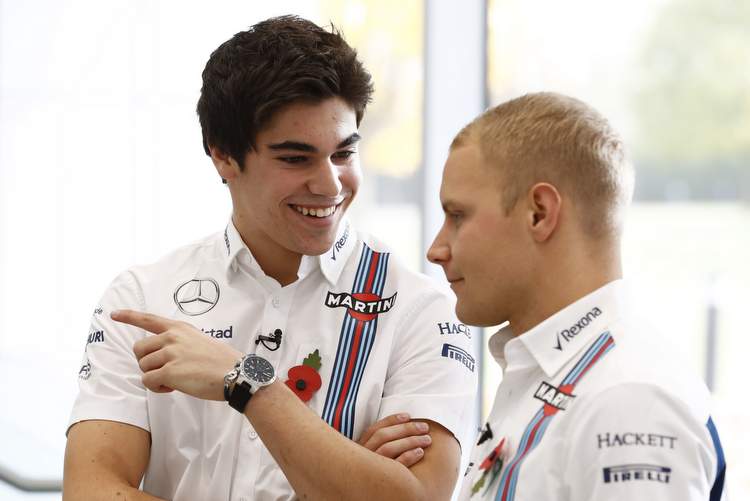 Billionaire Lawrence Stroll has inked a mega deal for his son Lance Stroll to drive for Mercedes as of this weekend’s Bahrain Grand Prix as Williams failed to provide the 19-year-old Canadian with a decent car by the evidence of a woeful Australian Grand Prix weekend for the team.

Immediately after young Stroll emerged from his car, after crossing the finish line second last of all the cars running at the end, he told reporters in Montreal, “We cannot perform with this car, it’s as simple as that.”

Word is that at the same time, immediately after the race Stroll senior stormed out of the Williams hospitality area and made a dash to the Mercedes motorhome where he disappeared inside.

Sources have made public an ‘undercover’ recording of which here is the transcription:

Note: Voices appear to be those of Lawrence Stroll as well as Mercedes chiefs Niki Lauda and Toto Wolff.

Mercedes insiders say it was a classic offer they could not refuse, primarily because of the very attractive financial implications, however, a decision aided no doubt by a weekend to forget in Australia for Valtteri Bottas.

It is well known that Daniel Ricciardo, Esteban Ocon and Pascal Wehrlein are contenders for Bottas’ seat should they eject the Finn, but this is now irrelevant as the deal between the Stroll’s and Mercedes will be announced next week when Formula 1 gathers again in Bahrain for round two of the world championship.

Insiders explained that Mercedes will trigger a performance-related clause which Bottas has failed to meet and terminate his deal with minimal compensation as Stroll’s credit with Williams allows them to place Bottas back with the team.

An announcement is expected on Tuesday ahead of the Bahrain Grand Prix weekend.

For Williams and the Strolls, it’s a win-win situation. The Grove outfit get in Bottas an experienced driver they know well back in their car and young Stroll, as he has become accustomed in his short life, gets the best seat in the house.

What a difference two weeks makes when money is involved, Stroll will now in Bahrain share a pit garage with four times F1 World Champion Lewis Hamilton when in Melbourne he was stabled up next to relative unknown rookie Sergey Sirotkin.