Kubica: I am in better shape than I was back in the day 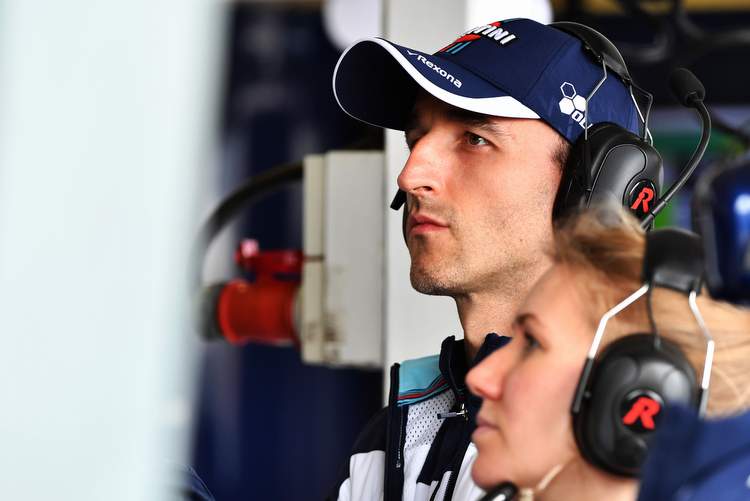 Robert Kubica said this week that he is “in better shape” now than he was before a near-fatal rally accident seven years ago that halted his Formula 1 career, and hopes to reclaim a full-time racing seat on the grid.

The 33-year-old’s F1 career came to a sudden halt in 2011 when he partially severed his right arm following a crash during a rally in Italy.

Kubica underwent a series of operations and returned to racing a year later, competing in rally events, before taking part in tests with both Williams and Renault last season.

“The work which has paid off, that started at the end of 2015 and here I find myself in better shape than I was back in the day,” Kubica told reporters in Warsaw, as he recounted his remarkable road back.

Kubica was overlooked for a grid spot as Williams selected Russian rookie Sergey Sirotkin to partner Lance Stroll for the 2018 season, with the Pole named the team’s reserve and development driver.

His role will see him take part in a number of practice sessions, while he will also be on standby for races.

“I can continue to fulfil my passion and take another important step towards racing in F1,” said Kubica, who lost a part of his right forearm after the accident prior to the 2011 season.

“I must work harder than before because everyone knows that I have limits but it turned out during the trials in Valencia (with Renault last June) that these limits aren’t significant enough to stop me from driving in F1 at the highest level.”

“That incredible feeling that I had after the first laps of the track, I will remember them for the rest of my days. It’s probably the best moment of my life,” he added with a smile.

He said his reserve role at Williams is a step in that direction, however, adding it made him return to the F1 paddock and pursue the “fascination that I live for, that gives me the energy to get up in the morning and do my best.”

Kubica, who won the 2008 Canadian Grand Prix, has made 76 Grands Prix starts, and finished on the podium 12 times.

Big Question: Does Robert deserve another shot at Formula 1?