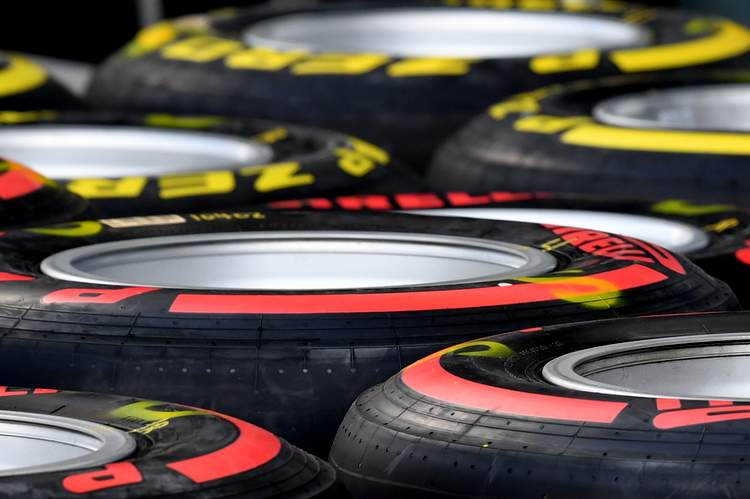 Pirelli have released the tyre allocations for the Bahrain Grand Prix, Round 2 of the 2018 Formula 1 World Championship, at Bahrain International Circuit, with the drivers from the top three teams – Mercedes, Ferrari and Red Bull –  making similar choices for the weekend in Manama.

Of the six drivers in the top three teams, only Valtteri Bottas differed slightly in his pick by sacrificing one set of mediums for an additional set of softs.

McLaren have gone most aggressive with nine sets of supersofts, three sets of softs and one set of mediums for their drivers Fernando Alonso and Stoffel Vandoorne. 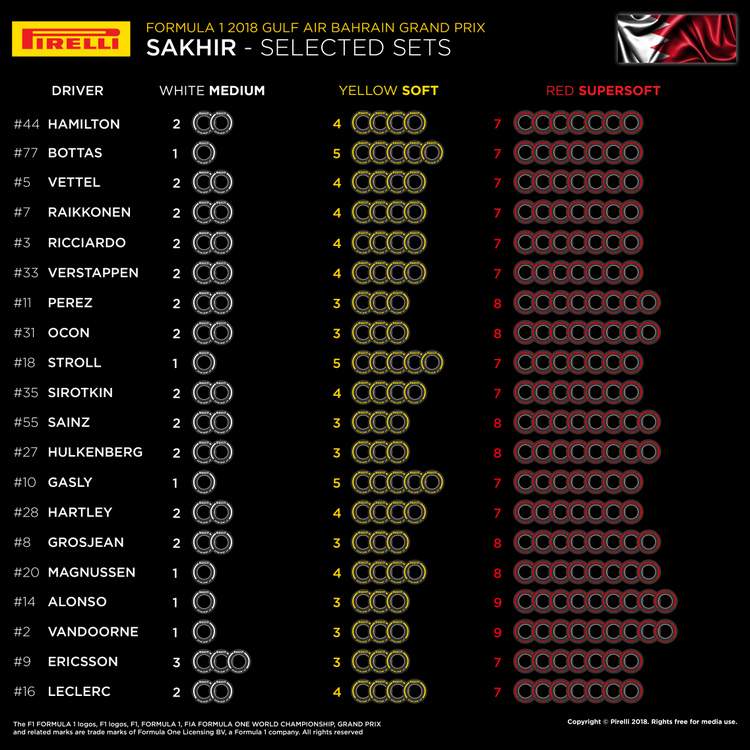